I just posted over in the Meetup group that I’ll available for dinner/drinks in London that evening.  Any of our UK Ricochetti up for it? https://ricochet.com/activity/p/3969385/ Preview Open

In our household, I’m known as the one with ‘bright ideas.’

Maybe I should clarify. ‘Bright ideas’ here is spoken in roughly the same tone which Bill Buckley reserved for his interactions with Gore Vidal. Somewhere between getting caught up in a riot in Paris and taking up kicking men twice my size in the head as a hobby, my parents lost some confidence in my critical thinking skills. Well, before that, maybe, but you get the picture. 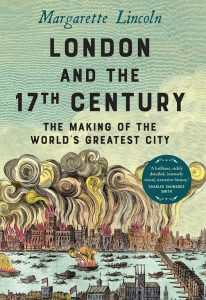 America has become increasingly ripe for a third party, led by an independent and charismatic figure with the right message for these times. No one has come along. Third, fourth, and even fifth parties have been a part of our landscape for most of our existence. Abraham Lincoln in 1860 defeated 3 opponents, including the man who […]

James and Toby have officially passed the hero stage with their kids and are firmly entrenched as “the embarrassment.” The Delingpole lad thinks James is nothing more than a dancing monkey performing for his Twitter followers, while Toby reveals his daughter has changed her surname to avoid being associated with him.

Meanwhile, there’s the latest news and culture to deal with. Piers Corbyn, brother of the former Labour Leader, was arrested and fined £10,000 for organising an anti-lockdown protest, Adele is accused of cultural appropriation and Toby likes Ted Lasso.

I realized in the course of a conversation via comments with a fellow Ricochet poster (thanks Phil Turmel), that I had failed to ever post about my ‘Grand Tour’ around Europe (well, Southeast England and Paris) last summer. It would probably be useful to begin with some context. The moment I, and the AP results, […]

Jim is back!  Jim Geraghty of National Review and Greg Corombos of Radio America applaud North Dakota Rep. Kevin Cramer for his powerful ad slamming Sen. Heidi Heitkamp for supporting sanctuary cities and for doing so with the right tone.  They also hammer Facebook for censoring numerous Prager U videos and labeling them “hate speech” when there’s nothing hateful about them, and wonder whether Facebook’s monitors have no idea what conservatism is or whether they just give in to the liberal mob.  And they shake their heads in disgust after London Mayor Sadiq Khan responds to a vehicular terrorist attack by wanting to ban vehicles in that part of the city.

Jim Geraghty of National Review and Greg Corombos of Radio America are happy to Republicans senators like Ted Cruz, Ben Sasse, and John Kennedy pin down Facebook CEO Mark Zuckerberg on critical issues like censorship, free speech, and user policies that actually benefit Facebook members.  They also react to House Speaker Paul Ryan announcing his retirement, looking both at his record and the increased likelihood that Democrats will take back the House this year.  And they have fun with London’s ridiculous new knife control push after 50 stabbing deaths in the city this year, including police confiscating scissors and pliers as deadly weapons.

Saw this story on The Daily Wire:

Both cities have roughly the same population; in the month of February, 15 people were murdered in London, whereas NYC recorded 14 homicide deaths, reports The London Times.

Jim Geraghty of National Review and Greg Corombos of Radio America applaud the Trump administration for considering a full closure of the U.S. embassy in Cuba in response to the bizarre sound wave assaults on U.S. diplomats in Havana and urge officials to follow through on the idea.  They also discuss the revelation that the London tube bomber was a teenage refugee just three years ago and why extreme vetting makes perfect sense.  And they get a kick out of College Park, Maryland, council members having to admit they actually didn’t vote to allow illegal immigrants to vote in local elections because they didn’t know their own charter.

For quite some time, the liberal-leaning Piers Morgan has been excellent on this issue. He simply asks Mayor of London Sadiq Khan the question most sane people are wondering: Where are the 400 Jihadists who’ve returned to England from Syrian battlefields? “Where are they?” The Mayor responds with some pablum about financial priorities. Financial. Priorities.  […] As the London terror attacks were announced late Saturday, the city’s Metropolitan Police Service issued a warning for Londoners to “run, hide, and tell.” (Hence, my Neville Chamberlain Photoshop above.) A terror attack on London Bridge, involving people being mowed down by a white van and others being stabbed, is going on as I write this. There may be a separate or related attack occurring at the nearby Borough Market, also in London, and possibly another at Vauxhall. There is no toll of injured or […]

Jim Geraghty of National Review and Greg Corombos of Radio America are surprised by who is arrested for allegedly issuing scores of threats to Jewish Community Centers and other institutions.  They also react to the details of the terrorist attack in London and shred the rationale behind radical Islamic terrorism.  And they discuss North Korea being suspected of a massive heist of money from Bangladesh that was held in the Federal Reserve Bank of New York – and something about that story seems very familiar to them.