Video here.  I’ve only watched part of it so far, but looks very worthwhile. Transportation secretary Buttigieg could learn a lot from this video, or even better, by getting out and talking with some of those people who make the logistics system work.  (And by ‘talking’, I mean mostly ‘listening’) Preview Open 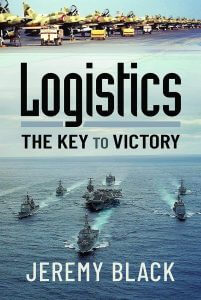 In a 1979 interview Marine Corps General Robert Barrow stated “Amateurs talk about strategy and tactics. Professionals talk about logistics.” History has demonstrated its applicability many times.

“Logistics: The Key To Victory,” by Jeremy Black, is a study of the role logistics played in warfare throughout history. Most prior books on logistics focused on its tactical aspects – how to get supplies where they are needed. Black’s book examines the strategic role of logistics.

Black looks at logistics through a new lens. Often logistics is treated as if it emerged during the Napoleonic Era (the late 18th and early 19th centuries), and is relevant only thereafter. Black starts at the beginning, showing the importance of logistics as civilization emerged.  Black demonstrates the dominance of logistics in ancient times, can be captured in two words: campaign season. Ancient warfare was constrained by the availability of food and water, from Ancient Egypt onwards. The April 2 Coronavirus Task Force briefing was even better than April 1. Secretary Mnuchin played Santa Claus, followed by Rear Admiral John Polowczyk (Vanna, can I buy a vowel?) announcing, and demonstrating, complete dominance over the supply and demand for relevant critical medical supplies. He truly knows who has been naughty and nice, and who has been crying wolf on supply shortages. State and local officials would do well to understand what he just announced, and get their acts together if their stuff is not already tightly wrapped. America will win; the Navy has arrived, along with every other military service.

Oh, and it should come as no surprise that reporters are calling for Orange Man Bad to become dictator, to seize and command the means of production. Really. They clearly have not thought through what that would mean if President Trump was then reelected. Thankfully, he continues to praise the American people and their beautiful businesses.