After upsetting the base last week our intrepid duo has called a holiday truce. We’re out of the trenches and playing footy in no man’s land. And speaking of desolate, deadly landscapes, the Government has announced an exit deal with the European Union.

Britons are now free! (We know you’ll want to read all 1,255 pages for yourself…) Of course, you’re not allowed to leave your homes, but you’re free! Is this enough to judge Boris Johnson a success or will his response to the pandemic find him wanting in the judgment of history?

When we say “science,” we are talking about a particular process used to answer a certain class of questions. The scientific method is formidable: we know of no more effective technique for understanding the natural world. The successes of science are countless and impressive, and provide incalculable benefit to mankind.

Prepending the definite article gives us “the science,” which refers to the products, the answers, obtained by the application of the methods of scientific pursuit. 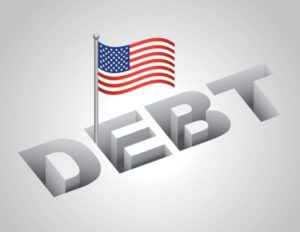 On today’s episode of COVID in 19, Avik Roy of FREOPP and Scott Immergut of Ricochet talk about the latest COVID stats — why is California, a lockdown state, seeing a rise in cases while Texas declines?

Why are Democrats mad about President Trump tapping Scott Atlas for his Coronavirus Task Force?

The United States has seen epidemics of new and old diseases many times in the past. The so-called Spanish Flu infected 500 Million people worldwide between 1918 and 1920, claiming between 17 and 50 million lives (figures vary, because governments around the world censored their information reaching the public). About 105 million people were infected in the United States, with 500,000-850,000 deaths. Thus, as was predictable, while in office, once he got the legislature to shift the tax burden from the state’s corporations to its senior citizens, he was reluctant to do anything else of any significance. It was only when the unions ignored his attempts to reach an accord with them and fiercely entered the fray to prevent his re-election that Snyder, by way of revenge, was willing to sign off on the Republicans’ right-to-work initiative.

History On Repeat: Why The Church Must Confront The State
Vince Guerra · 13 Likes