We talk about the BBC’s decision not to cover last Saturday’s anti-lockdown protest – in spite of roughly 100,000 people attending –  the forthcoming march on May 29th, whether the “Indian Variant” will stop the PM from lifting all restrictions on June 21st as planned, and why are so many media types promoting the vaccine?

Only two more weeks until this whole thing blows over! Preview Open 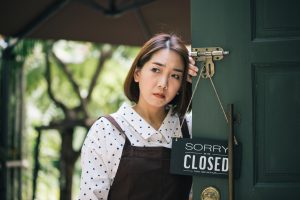 Our response to the Covid pandemic continues to be incoherent and ineffective. No matter how many interstate comparisons prove that lockdowns confer no permanent benefit, no matter how much economic devastation we endure and how many lives are ruined, we soldier on, refusing to learn from experience.

Our panic-driven approach was originally in reaction to an apparent overall death rate of 3% and the need to keep hospitals from being overwhelmed. But we now know that 82 studies worldwide have found a median death rate of 0.2% of all those infected by Covid and supplemental hospital units were mothballed.

Even more encouraging, the virus is not equally threatening to all. The mortality rate for people over 70 is 1000 times greater than for children, who are almost totally protected. In fact, over twice as many children have died from seasonal flu this year than from Covid. 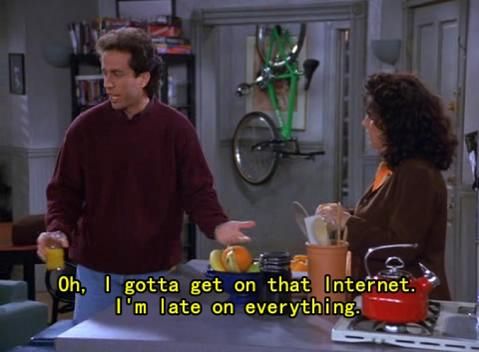 The less disciplined among us have had those endless phone-checking days. Or, worse, you need to do something else but find yourself glued to the computer screen, cycling between tabs, opening and closing social media sites as you desperately try to get away. And everybody knows that, after months at home, the pre-pandemic numbers on our online habits don’t even scratch the surface.

“What do you really think is going to happen?” I sometimes ask myself after spending more time than I’d like to admit online. Will there be some pot of gold at the end of the rainbow-flagged adverts on Instagram? No—just the cheap thrill of a dopamine hit at minor validation from a group of people I’m loosely acquainted with. You’re not going to miss any major life events from people you last spoke to 10 years ago—and if you do, will you really care? There will be no key to life’s mysteries in a college classmate’s gratuitously self-reflective status update. There’s only the meaningless affirmation that somebody “liked” your thoughtless content.

James and Toby have officially passed the hero stage with their kids and are firmly entrenched as “the embarrassment.” The Delingpole lad thinks James is nothing more than a dancing monkey performing for his Twitter followers, while Toby reveals his daughter has changed her surname to avoid being associated with him.

Meanwhile, there’s the latest news and culture to deal with. Piers Corbyn, brother of the former Labour Leader, was arrested and fined £10,000 for organising an anti-lockdown protest, Adele is accused of cultural appropriation and Toby likes Ted Lasso.

Economist Donald J. Boudreaux joined host Ben Domenech to discuss the long-lasting economic impact of the government shutdown. Boudreaux is a Professor of Economics at George Washington University, and serves as a Senior Fellow at the Mercatus Center and The Fund for American Studies.

Boudreaux wrote an article earlier this week titled “Who is Making Decisions About Our Lives?” in which he outlined the limited knowledge American leaders have. The American people also don’t understand, he argued, the government’s decision to have the Federal Reserve print money doesn’t create actual wealth in the form of any goods and services.

Comedian Ryan Long joined host Ben Domenech to discuss cancel culture within the comedy industry and Long’s perspective on the recent protests. Long’s work can be found in his podcast “The Boyscast with Ryan Long” or on his YouTube channel.

Long argued the hypocrisy of woke white women demanding change for women and transgenders has moved the political conversation far away from the original discussion of police brutality and racial equality. The left, more generally, has taken an issue that began with a specific need for change and escalated it to involve many unrelated, larger issues.

Up front bias disclosure: I have complained ever since the “stay at home” orders were first extended past the initial two weeks that I did not think that the collateral effects of the “stay at home” (lockdown) orders were given adequate consideration to balance the singular focus on stopping the Wuhan Covid-19 virus. So I […]

As Israel is at risk of entering a second wave, it is time to think about a sustainable long term plan that can protect the population at high risk, without destroying further our very fragile economy nor canceling our civil liberties. The government needs to clarify its tools, goals, and the sustainability of its policies […]

Orphe Divounguy joined host Ben Domenech to discuss the economic effects that have resulted from the government lockdown. Divounguy is a chief economist at the Illinois Policy institute in Chicago and his work appears in countless publications.

Through his work at the Institute, he discovered trends among jobs lost in recent months. Divounguy argues that because of governors deeming certain jobs essential and others non-essential, job losses were unequal among groups. Among others, he shared that minority groups and non-government were among those hit the hardest.

I haven’t heard that the hotel industry has been asking for a bailout, but it has itself to blame if it doesn’t recover well from the coronavirus crisis. Seeing as how travel restrictions are opening up, I was looking into places to stay for short outings not too far from home. I figured I should […]

The Federalist New York Correspondent David Marcus joined host Ben Domenech to discuss the state of the nation during the lockdown, protests, and calls for police to be defunded. Marcus discussed the general opinion of those from New York regarding police and how politicians are responding.

Marcus observed that New Yorkers are largely ready to open businesses back up, especially in Brooklyn. Additionally, he argues people in New York view the police favorably, and the protesters downtown are out of touch with what the majority of people think as they call to defund the police.

The closure of schools is a phenomenon that should worry anyone that values education. We are the people of the book, we are proud of our intellectual achievements, we count our Prize Nobel, we built the Start-Up Nation. Still, we took away from our children the ability to learn without even having a serious conversation […]