In this Labor Day edition of “The Learning Curve,” Cara Candal and Gerard Robinson talk with Timothy Garton Ash, Professor of European Studies at the University of Oxford, Isaiah Berlin Professorial Fellow at St Antony’s College, Oxford, and the author of The Polish Revolution: Solidarity. Professor Garton Ash shares insights on what both the public and students should know about Poland’s Solidarity movement, the first independent trade union (with 10 million members) behind the Iron Curtain, and its charismatic co-founder, Lech Walesa. They discuss the wide range of support for it, from U.S. President Ronald Reagan, Pope John Paul II, and British Prime Minister Margaret Thatcher, to peace campaigners and socialists, and how it helped topple Soviet communism. He explains Poland’s role during World War II as ground zero of the Holocaust, how Allied decisions at Yalta set the stage for the Cold War, and lessons that we should remember in the context of the Russian invasion of Ukraine. The interview concludes with a reading from his book.

Stories of the Week: Loan forgiveness programs and other issues surrounding higher education are already political – but could politicos push the envelope by imposing tuition caps or outcome-based funding, interfere with autonomy in hiring, or target affirmative action programs? A new initiative is tackling big, structural problems in K-12 education, developing tools that can help parents with more flexible learning options, greater equity, and access to postsecondary college and career opportunities.

This week on “The Learning Curve,” co-hosts Cara Candal and Gerard Robinson talk with Charles Moore, a columnist for The Daily Telegraph and The Spectator, and the authorized, three-volume biographer of Lady Margaret Thatcher. Lord Moore explains why Lady Thatcher is considered the most important female political figure of the 20th century, and reviews the challenges she faced at home and abroad, from trade union strikes to high inflation rates and political discord. They talk about Prime Minister Thatcher partnering with American President Ronald Reagan and standing in solidarity with Poland’s Lech Walesa to face down Soviet communism. Lord Moore describes her middle-class background and a leadership style that led to her 12-year tenure as prime minister in the male-dominated arena of British politics (including nearly 700 sessions of the world-renowned Prime Minister’s Questions in the House of Commons). They also discuss “Thatcherism,” her foundational economic principles and their applicability to other domestic policy topics, as well as lessons for today’s world. The interview concludes with Lord Moore reading from his biography of Lady Thatcher.

Stories of the Week: Attorneys general from 14 states are suing the Biden administration over the Department of Justice’s calls to monitor parental protests at school board meetings. In Alabama, a group is seeking to address the teacher shortage by suspending the requirement to pass a Praxis content mastery exam. 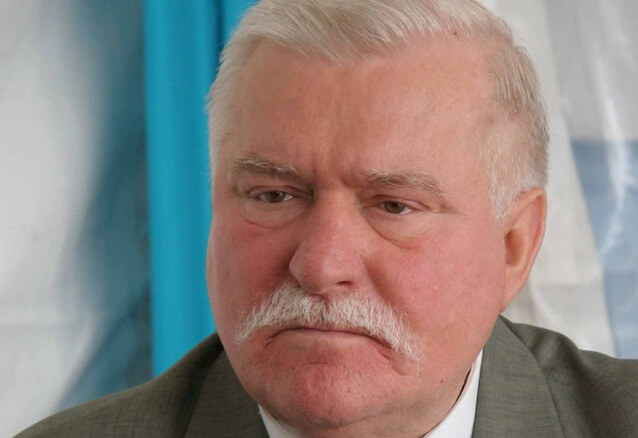 Lech Walesea, leader of the Solidarity movement and then, after the fall of Communism, the first president of Poland, during an interview yesterday:

If the U.S. doesn’t really want to be a superpower anymore, I’d say let Poland take over that leadership and we’d take care of the rest. I promise you, we’d know what to do.

Helen: Rest of the Meme
Mark A., Dubious Authority · 32 Likes

“Something Is Better Than Nothing” Reasoning
Rodin · 24 Likes

Can We Please Have Rainbow-colored Snow?
Michael G. Gallagher · 14 Likes