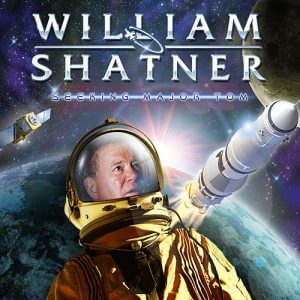 I’m probably not the first to ask this, but is Trump a Captain Kirk to Obama’s Picard?  Preview Open

Probably the least-watched Senate race in the US right now is the one in Illinois. It features Senator Mark Kirk (R) vs. Representative Tammy Duckworth (D). Sen. Kirk is known for being surprisingly flexible and is able to easily put his foot in his mouth or his cranium up his own derriere.  He once described […] Piggybacking off yesterday’s post from Canadian Cincinnatus on hotly-contested US Senate races, Senator Mark Kirk of Illinois faces a formidable challenger in Congresswoman Tammy Duckworth. Kirk squeaked by in 2010, helped by a contentious race for governor at the top of the ballot. Even though the gubernatorial election was lost, Kirk received enough help from it to carry him to his first victory, though in a squeaker: he won 1,779,000 votes to his opponent’s 1,719,000 (the gubernatorial election was similarly close). And let’s recall that 2010 was a good year for Republicans.

Let’s jump ahead to 2014. In the governor’s race that year, we had a much stronger Republican, Bruce Rauner, who won a slightly-more-comfortable victory with 1,823,627 votes to the Democratic incumbent’s 1,681,343. But while Rauner has been fighting for deep structural reforms to the state government, Kirk has been working against conservatives and Republicans in Washington. Kirk thinks his victory in 2010 and Rauner’s in 2014 means he can do well this year, but Rauner’s attention and resources have been spent elsewhere, and the governor has generally been quiet about the US Senate race. It’s not without reason.

Turing to this year’s Senate primary results, Rep. Duckworth received 1,220,128 votes in a three-way race where 1,859,257 were cast. Kirk, meanwhile, faced a single challenger (whose name I had never seen until I voted) and won only 931,619 votes (70 percent) out of 1,320,190 cast. Kirk’s votes look even less impressive when you compare it to those in the presidential primaries held on the same day. Short version: Of the Republicans who showed up to vote on primary day, only 65 percent voted to re-nominate for their incumbent senator to retain his seat.

Ol’ man McVey & ol’ man Arahant put me on to a head-scratcher in a separate literary discussion. We were thinking about the Kirk-Spock type of relationship. One of’em’s intelligent but lacks daring, the other one seems more than capable of making terrible decisions. There’s a lot to think about there, from American love of nature […]