So, there we were again, on riot watch, as we waited with bated breath to hear the verdict in the Kyle Rittenhouse case in Democrat-run, Kenosha, Wisconsin.  For most, it seemed to be an open-and-shut case of self-defense, but it was scarily starting to look like a hung jury.  And then, all of a sudden, the verdict was in: not guilty on all […]

I read another one this morning, another article about the Kenosha affair and its larger significance. 99.44% bloviation, of course, but that’s ok, I was just waiting for the covfefe anyway. The article was generally positive, but a couple of paragraphs in lay a nasty little stink bomb.  I’ll quote the paragraph without attribution, since […]

Was Kyle Rittenhouse acting in self-defense when he shot Joseph Rosenbaum, Anthony Huber, and Gaige Grosskreutz on August 25, 2020? That is the question the jury will have to answer. That is the only question the jury has to answer. The trial as envisioned by most news outlets and Twitter will, or at least should, settle an array of other questions. Should Kyle Rittenhouse have traveled to Kenosha that evening? Was he planning on being a vigilante? Does he suffer from a hero complex? Is he a good person?

Those asking these questions aren’t stroking their chins while deep in thought, they aren’t poring over the evidence, they aren’t asking. They’ve long had their answers—the trial is just a formality. These questions are interesting in a philosophical sense. They are irrelevant to the trial. Kyle Rittenhouse is not my friend, acquaintance, family member, coworker, employee, lover, or peer. I’m in no need to assess his character, judgment, intellect, or moral compass. He isn’t in the news because the country sees in his case grist for a hearty debate about ethics. He’s in the news because it is being decided whether the state will use taxpayer money to keep him locked in a cage for years.

Does anyone know where to find the full text- not on Twitter? Thanks.  Preview Open 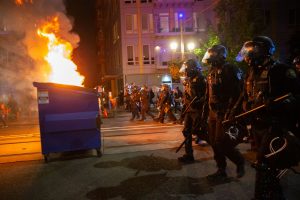 How my city is making Lemonade from really sour stuff. The downtown and uptown areas are changing the look of destruction to KenoshaStrong. I’ve made a public album in Google Photos. The 93 photos in the book are not even 50% of all the artwork in the city. My phone battery died before I could […] 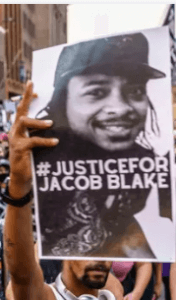 New evidence presented in the shooting of Jacob Blake by a Kenosha Police officer suggests that not only was that shooting totally lawful and justified, but it may also have saved several lives. Blake was armed with a knife, lunging for what officers reasonably believed was another weapon, and potentially attempting to steal his ex-girlfriend’s car and abduct their children.

“The lawyers for Mr. Blake, among others, have continued to provide false and misleading ‘facts’ to the public, in what can only be considered a ploy for attention and sympathy,” said Kenosha Professional Police Association attorney Brendan Matthews. “Unfortunately, even the incident update from the Wisconsin Department of Justice, Division of Criminal Investigation (DCI)–the agency charged with investigating the incident independently–is riddled with incomplete information, and omits important details that would help to paint a more complete picture of the incident.”

DCI on Wednesday confirmed that “Kenosha Police Department officers were dispatched” to Blake’s ex-girlfriend’s home after she said Blake “was present and was not supposed to be on the premises.” Officers tried to arrest Blake and even “deployed a taser to attempt to stop Mr. Blake, however, the taser was not successful in stopping” him. Blake then walked around what was presumed to be his SUV and when he “leaned forward” into it, an officer shot him seven times.

I woke up this morning  thinking  I need  to get active again  on Ricochet.   Sorry I’ve been away so long . With Trump coming to my hometown  on Tuesday,  I need to give the Richochetti a street eye view of what has happened  in the last week.  Please  let me know what questions you have […]

Join Jim and Greg as they highlight the best moments of Tuesday evening at the Republican National Convention, including a pardon, a citizenship ceremony, and rising GOP figure. They also lament the latest destruction and violence in Kenosha, Wisconsin, following a police-involved shooting a few days ago. And they react to a sudden call from CNN host Don Lemon for Joe Biden to condemn the violence in cities because “it’s showing up in the polling.”

A follow up to http://ricochet.com/what-do-you-mean-we-white-man-followup-on-walker-and-casinos/ Kenosha may get their Casino after all.  Preview Open