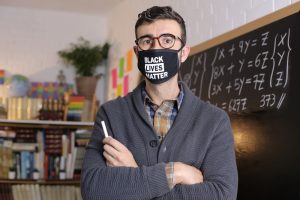 It is well known that America’s schoolchildren are woefully ignorant of their national history and government. Majorities of young adults no longer feel grateful to be an American, undoubtedly because they fail to comprehend the precious freedoms to which they were born.

So are the teachers’ unions who educate our children concerned about this deplorable situation? Do they have a plan to correct it? You know the answer.

Instead, the National Education Association recently voted to ensure that all American school children are comprehensively taught Critical Race Theory. This is the unscientific notion that white people are inherently, incorrigibly racist and thus America’s foundational values were and are bigotry and racial oppression.

The topic of “lunch shaming” has gathered lots of interest on social media. I’m particularly interested since I sit on my local school board. A quick recap:  the feds fund lunches for families who qualify (just over half of our families with a total student population of just over 1,300 kids, K-12). The rest of the parents can send a lunch or put money into an account with the cafeteria service. An important thing to note is that kids in the lunch line can’t tell if someone else is getting a free meal or not.

Some other factors: if the free meal population reaches a high enough threshold, the school can provide all meals for free at federal expense. During the summer, the feds fund free meals for entire families. This is a program of which I suspect most people are completely unaware. But it’s far from so simple. The District of Columbia has one of the worst performing public school systems in the country. It is also one of the most generously funded. Anacostia High School itself received a $63 million renovation in 2013. According to the DC school’s website, the project included “Full modernization and renovation of the existing high school using an adaptive re-use approach. Modernization . . . included; exterior restoration, roofing, systems replacement, ADA improvements, phased occupancy, technology enhancements, and sustainable design initiatives.” But not, it seems, working toilets.

Recorded on July 24, 2017
With schools in session across the country, Hoover senior fellow Paul Peterson details this year’s survey of American education by Education Next. Among the more notable results: teachers are wary of their colleagues’ performance; parents are increasingly dissatisfied with charter schools.