Join Jim and Greg as they applaud Arizona Sen. Kyrsten Sinema for staying consistent on her refusal to kill the filibuster, much to the dismay of her party. They also wince as the Taliban  regains control in much of Northern Afghanistan amid the withdrawal of American troops. They end their discussion by highlighting the voter ID flip-flopping of Georgia Sen. Raphael Warnock and other Democrats after years of calling the idea racist and tool for voter suppression.

Join Jim and Greg as they unload on teachers’ unions for rejecting CDC guidelines for schools and demanding even more money from taxpayers as they refuse to embrace in-person learning. They also rebuke President Biden for immediately demanding gun control legislation in the wake of mass shootings. They also welcome Sen. Joe Manchin’s opposition to such legislation but are cautious since Manchin could go wobbly at any moment on any issue. And they also have quite a bit to say after  Senators Tammy Duckworth and Mazie Hirono briefly vow not to confirm any future Biden nominees unless they are minorities or gay. 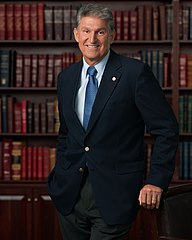 Jim Geraghty of National Review and Greg Corombos of Radio America have mixed reactions to the news that West Virginia Sen. Joe Manchin is not going to run for governor of his state in 2020 and will remain in the Senate until 2024.  They also shudder at the obvious warning signs surrounding the latest mass shooter in Texas and wonder why so few people did anything about them.  And they roll their eyes as Beto O’Rourke insists he would ban AR-15’s and similar weapons and force gun owners to sell them to the government.

Jim Geraghty of National Review and Greg Corombos of Radio America are happy to see Vice President Pence laud our NATO partners for contributing more to the common defense and building greater cohesion while also calling out Turkey for its troubling embrace of Russia and a more Islamist outlook on the world.  They also welcome the March jobs report, which shows greater gains than expected and is a major improvement from February.  And they discuss West Virginia Sen. Joe Manchin openly longing to run for governor in 2020.

“Naw,” Buster said, squinting at the small, dark creature climbing through the Tesla’s moon roof. “I think it’s Muhammad al-Mahdi, the twelfth imam. I recognize him from my studies of Shia eschatology. The Tesla floating in the troubled waters of Arthur Kill is a symbolic representation of the well at Jamkaran, Qom.” He paused for another look. “Or it could be Keith Richards, co-founder of the Rolling Stones.”