Not only has our reputation been damaged trying to re-negotiate the JCPOA, and is surely compromising our safety in relation to China and Russia as they witness this debacle, I can’t figure out the real reason we are bothering to try to resurrect the Iran agreement. From my perspective, it is a fool’s errand and could put our own country in danger. Here’s the latest report on the facts of the deal from the details I could collect.

It is quite clear that Iran has no intention of negotiating anything. They only want to put the deal on the table as a way to remove all sanctions in order to save their economy, and they insist that the U.S. should be prohibited from attending the negotiation meetings in Vienna. Our response has been feckless, offering up idle threats that no one fears. Jen Psaki made the following threat on December 9: 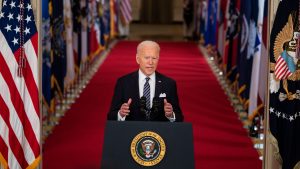 President Biden finally found his way back to the White House this afternoon to deliver a speech about his failure in Afghanistan. If he were a real president, in full control of his mental faculties and looking to earn respect from his constituents, here’s what he should have delivered. You can read his miserable, finger-pointing, “not my fault” remarks as delivered here.

Note: I’m a former speechwriter. I have written speeches for a Cabinet Secretary in the Bush 41 Administration, a leading United States Senator, and on occasion, a couple of Fortune 250 corporate CEOs.

Here’s the speech I would have written and he would never have given, considering his lack of integrity, failure of leadership, his diminished mental state, and his awful staff. And I would have resigned before being fired. These are incompetent and deluded people, from the top down. This is the first draft, so forgive the errors. 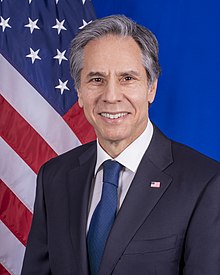 How many times did the Obama Administration lie to us during Obama’s Presidency? Most of us have probably lost track. But did you realize that they lied at least 14 times about the JCPOA? President Trump removed us from this abomination of a deal and instituted sanctions on Iran for their duplicitous activities on the JCPOA; unfortunately, the Biden Administration has reversed his actions and even worse, are using most of Obama’s original team to complete the deal with Iran. These activities will not only jeopardize peace in the Middle East, but create an existential threat to Israel and most importantly, put our own national security at risk. The arrogance and naivete of Biden’s team is pathetic at best, and treacherous at worst. We are all in deep trouble.

The Biden Administration has decided that Iran is a better choice for leading the Middle East than the Saudis. They’ve demonstrated their intentions in a number of ways. Although Secretary of State Blinken has stated that the U.S. must “toe a harder line” in the JCPOA negotiations, our actions have confirmed the opposite. (This excellent article explains what is occurring in the “negotiations,” and the reasons.) A key player for the U.S. team is Robert Malley, who was on Obama’s team, and seems to be driving the Biden strategy. Biden’s people agree not only that Obama’s original agenda must be completed, but they have already agreed to a number of concessions in principle. Abbas Aragchi, Iran’s lead negotiator in Vienna, indicates the following:

The American negotiators, he claimed, had already agreed in principle to remove sanctions on Iran’s energy sector, automotive industry, financial services, banking industry, and ports—to eliminate, in other words, all of the most significant economic sanctions ever imposed on Iran. Recent statements from Biden administration officials give us no reason to disbelieve Araghchi, and the smart money is now on a full resurrection of the JCPOA in relatively short order.

Arrias on the 4th of July: If You Can Keep It
The Ricochet Audio Network