Iwo Jima where uncommon valor was a common virtue. Hershel “Woody” Williams the last WWII veteran who earned the Medal of Honor has passed away.

And when he goes to Heaven,
To St. Peter he will tell:
Another Marine reporting, Sir;
I’ve served my time in hell.

Commemorating Memorial Day, I ran across this and had to share. And, no, it was not staged. The photographer and the film cameraman caught the moment. 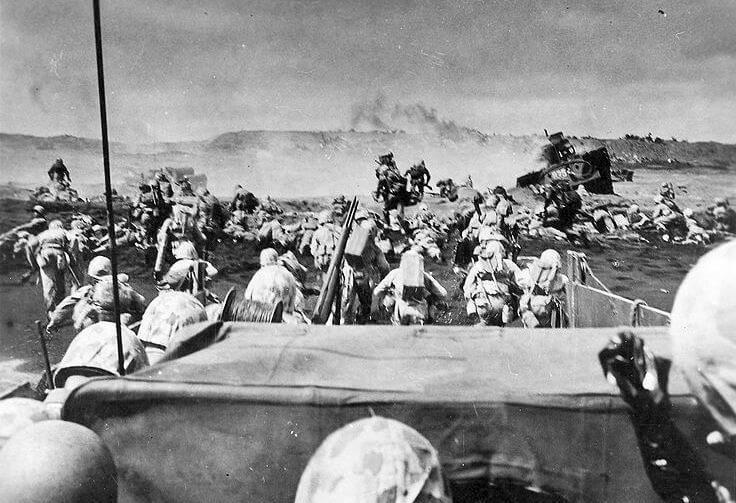 Scooby Doo, What Gender are You?
Eustace C. Scrubb · 17 Likes

From the Police Blotter: You Should Have Taken a Knee
Doug Watt · 17 Likes

Quote of the Day: Did You Leave Your Religious Community Because It “Left” You?
Susan Quinn · 15 Likes

Because we needed another potential crisis
The Ricochet Audio Network