So I got this letter from the IRS and…

Okay, I know what you’re thinking. You’re thinking, “It has truly been the greatest pleasure and privilege in my life to read your posts on Ricochet and I’m so sorry that you won’t be writing any more of them. By the way, what are the visiting hours at Leavenworth?” Okay, not all of you are thinking that. Or, maybe only one of you is thinking that (Hi, Mom!).

This week on Hubwonk, host Joe Selvaggi talks with Heritage Foundation senior research fellow Rachel Greszler about the $80 billion investment in the Internal Revenue Service, focusing on the promise to limit enhanced enforcement to high earners and whether the IRS will likely need to expand its net.

Join Greg and Scot Bertram as they hammer the Biden administration and Democrats for promising a bill to lower inflation but really just spends more, taxes, more, and harasses middle class Americans. They also wonder what is happening at The Atlantic as it publishes a story downplaying far-left attacks on pro-life organizations but blasts the pro-life community for pointing out that it’s happening. And they sigh as the World Heath Organization won’t be honest about how to stop monkeypox but it’s super worried that the name monkeypox could be stigmatizing.

In Orwellian Washington, DC-speak, a “budget reconciliation” bill is winging its way through Congress. Under the post-Watergate 1974 Budget Control and Impoundment Act, “reconciliation” bills have special status, especially in the United States Senate.

More Orwellian than calling it a “reconciliation” bill is its actual title: The Inflation Reduction Act. It does no such thing. But by the time you read this, it will likely have passed the Senate and is on its way to being rubber-stamped by a House narrowly controlled by Democrats and signed by a clueless, hapless, and compliant President. The Senate vote, I predict, will be 51-50, with Kamala Harris breaking the tie. There is always a chance a Senator won’t show up but don’t count on that.

Zacchaeus: Behold, Lord, the half of my goods I give to the poor. And if I have defrauded anyone of anything, I restore it fourfold. (Luke 19, ESV)

The text of the New Testament does not tell us that Zacchaeus stopped being a tax collector for the Romans. He just becomes a more honest one, a penitent one. “Render unto Caesar.” 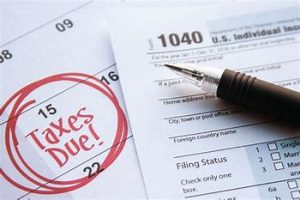 Well, at least someone was. The Nightly News featured about a 53-second segment on how the IRS is completely backed up on processing the 2020 tax returns.  If you blinked, you would have missed it.  However, it caught my attention because last week, we received a one-page letter that we had a credit that was deposited in our “account.”  Wow, I said to my husband, I think we have a refund! I put it aside, then looked at it again and decided to call our accountant.

His assistant asks me: “Did you owe money in 2020? (we always do so the answer was yes). Is it the same amount you owed? I wasn’t sure, but planned to dig out the return. She said they probably threw it away, but deposited your check.

“Excuse me, but what did you just say, I asked?! Could you repeat that – did you say they threw away our tax return??”

Jim and Greg are glad to see the public opposed by lopsided margins to many of the extreme provisions in the “Build Back Better” legislation. They also discuss new revelations about how involved Chris Cuomo was in helping his brother try to weather his many scandals. And they call foul on Twitter’s new policy banning any media unless everyone in the video or photo agrees to it.

In a roundabout way, the Infernal Revenue Service has declared God to be a Republican. Have a look:

An IRS official denied tax-exempt status to a Texas group that encourages church members to pray for state and national leaders regardless of their party affiliation because it benefits “the private interests of the [Republican] Party.”

Propublica, a leftist media organ, has just published an article on the wealthiest Americans, based on what they acknowledge to be illegal disclosure of taxpayers’ information. They will almost certainly not be prosecuted by the leftist DOJ careerists, once again backed by leftist political appointees. The leftist White House media mouthpieces are good with the felonies and already framing this as the rich not paying their fair share.

We see the set-up for Propublica’s June 8th publication in the June 7, 2021 White House press briefing:

The IRS and it’s not a joke: https://www.fox5ny.com/news/why-the-irs-may-be-knocking-on-your-door-during-tax-season-this-year Preview Open

Turns out they were right that I missed reporting the cost basis for a mutual fund that we sold.  But I wrote them back explaining that the mistake actually caused us to overstate our gain, so we didn’t think any additional tax would be owed.  I was hoping they would just let it slide. I was talking with Papa Toad about whether or not we should save a particular receipt when the thought popped into my head that if Mrs. Clinton had won the presidency, all of us Ricochetti could expect audits some time in the next four years… Preview Open