Jim Geraghty of National Review and Greg Corombos of Radio America slam BuzzFeed, and to some extent CNN, for irresponsible reporting on alleged dirt that the Russians have on Donald Trump.  They also rip Pres. Obama for his delusional farewell speech, including his patented move of urging Americans to understand one another while demonizing anyone who disagrees with him.  And they wonder why Trump would meet with someone as loony as Robert F. Kennedy, Jr. on the issue of vaccines possibly causing autism.

If you want to know Putin, know Judo. Preview Open

Jim Geraghty of National Review and Greg Corombos of Radio America not enjoy watching the quixotic Jill Stein recount come to a whimpering end but applaud Michigan for using the episode to push for stronger voter ID laws.  They also groan as Donald Trump says he doesn’t need daily intelligence briefings.  And they wade into the growing furor over what role Russia played in hacking the Democratic National Committee and John Podesta – and what to do about it if it’s true.

I dunno if I buy it. The evidence behind the Flynn Effect is pretty compelling. Still, it’s worth further study: An extensive data analysis published in 2013 found just the opposite. Our ancestors in the Victorian era (1837-1901) were smarter than us. Much smarter. Here is an excerpt from the abstract: Preview Open

This is my second time trying Riochet. During my first subscription, I simply didn’t find it compelling and quickly forgot about it. This time around, I exercised what used to be called “netiquette”. I lurked, got what I thought was the lay of the land and finally posted. Preview Open

Unless you’re a gamer, you probably have not heard of Horizon Zero Dawn. Guerrilla Games’ upcoming product for the Playstation 4 console, the story is set a thousand years into the future and proceeds from a fascinating premise.  Typically, science fiction involving “the rise of the machines” — domination of humanity by independent AI (use whatever […]

For the past few years, whenever I’ve made a pitch for new members, I’ve always included something along the lines of this:

The internet is a swamp. The “comments” on most webpages are disgusting nonsense. We’re different. We have standards:

No crazy talk, no insults, and — especially — no foul language. Toby Young — British education reformer, food critic, self-described “anarcho-cynicalist,” man-about-town, and frequent denizen of Radio Free Delingpole – has an interesting and timely article in the current issue of the Australian journal Quadrant, titled The Fall of the Meritocracy. The title is misleading: it would be more aptly titled “The Total and Complete Triumph of the Meritocracy.” Regardless, it is a worthwhile read.

The article makes plain that, far from being an unalloyed public good, meritocracy is seriously flawed as an organizing principle for society. Young’s basic argument is straightforward: because the traits associated with success are highly heritable, and because successful people increasingly marry and breed with each other, an efficiently meritocratic society like ours will have less and less social mobility and, over time, result in an entrenched class system far more rigid and permanent than anything that existed before the mid-20th century. This process is already well advanced in Britain and the United States. Not to worry though: Young has a highly original solution to this problem and ends on a somewhat upbeat note.

Tobes is certainly right about the trends. After WWII, Americans created a highly efficient engine for sorting people according to IQ and channeling them, by means of the university admission system, into different social strata. The civil rights revolution opened up this system to women and minorities. Seventy years later, the result is hyperactive social sorting by IQ, and the consequent emergence of a distinctive meritocratic elite, separated from the rest by ever-greater social, economic, and cultural distance.

Only a fool would expect President Obama or his administration to be honest with the public after his many years in office. But one might hope that the President’s advisers are at least honest among themselves. According to Shane Harris at The Daily Beast, that too is wishful thinking.  Two senior analysts at CENTCOM signed […] 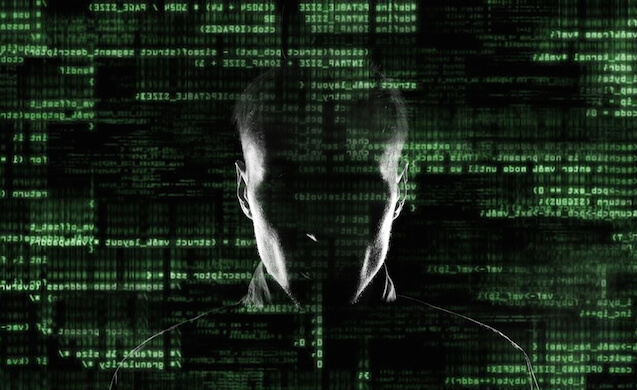 Steven Hayward’s interview with Ricochet contributor Herbert E. Meyer about national intelligence would be worth posting under any circumstances. Herb —- former Assistant to the Director of the CIA, Vice Chairman of the National Intelligence Council, and National Intelligence Distinguished Service Medal winner — is one of the clearest speakers on the subject, and was a key figure in predicting the collapse of the Soviet Union, one of the CIA’s greatest victories.

However, we have a special opportunity for members: Herb will be answering questions directly in the comments this afternoon. If you want to know more about the CIA during the Reagan years, or ask about its recent struggles and failures, this is a great opportunity. Take a listen and fire away.

Highlights
On the purpose of an intelligence agency: You might think that a cabinet-level intelligence officer who learns about terror plots from the news, lies to Congress about domestic spying, mistakenly characterizes an Islamist political movement taking power in a nation that’s a strategic ally as “largely secular,” and then fails to warn the President of the United States about the rise of a terror group unlike any seen since al-Qaeda destroyed the World Trade Center, might lose his job. In the Obama administration, you would be wrong.

On Sunday’s 60 Minutes, President Obama blamed “the intelligence community” for failing to assess the threat from ISIS, a/k/a “the JV team.” Passing the buck to the Director of National Intelligence, the president said: “I think our head of the intelligence community, Jim Clapper, has acknowledged that they underestimated what had been taking place in Syria” (my emphasis).

Now, you will recall, James Clapper, the overlord of our great virtual panopticon, is the fellow who learned about the London subway bombing arrests from Diane Sawyer, who misled Congress about the scope of the NSA’s electronic surveillance programs, and who infamously declared the Muslim Brotherhood (since overthrown by the Egyptian Army) to be “largely secular.”