Rafael Mangual joins Kay Hymowitz to discuss evidence suggesting that children are often better off when criminal parents are imprisoned—the subject of Mangual’s story, “Fathers, Families, and Incarceration,” from the Winter 2020 Issue of City Journal.

A common criticism of incarceration in the United States, notes Mangual, is that it harms children by taking parents or siblings out of their homes. But recent studies show that children living with a parent who engages in high levels of antisocial behavior may be worse off than kids with incarcerated parents.

So here you are at your conviction. Yes, for this hypothetical you’ve committed a crime you dastardly individual, you. Anyways, you’re clearly guilty, the verdict is passed, and then the judge lays down sentence. “You have a choice,” he declares, “five years in prison or twenty lashes.” Wait, what? Preview Open 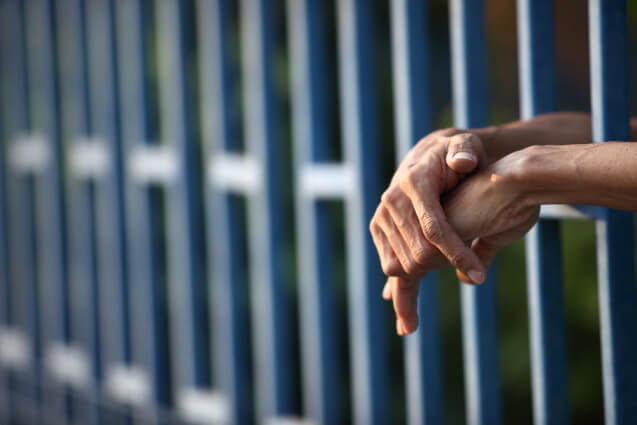 I’m uneasy about incarceration and believe it raises some serious ethical concerns. As I understand it, we imprison a larger percentage of our population than any other country in the world, and probably any other society in history. I think of them as “the other 1%” because it’s close to 1% of our total population. It seems we should seriously consider why it is so necessary that we lock up such an enormous number of people.

For starters, I know some prosecutors and they seem like fair-minded, conscientious people. They do their jobs. My concerns mostly aren’t on that level, though it does seem that mandatory sentencing and three-strike laws have put some not-very-dangerous people away for some serious time. I have no strong feelings on whether prison is too harsh of a punishment or not harsh enough; it probably depends. One unhappy feature is the fact that forcible removal from your life will always be a much more severe blow to people who already have a life. People who have a lot to lose (jobs, families, homes) will feel it pretty cruelly. People whose lives were already utterly empty and miserable may even welcome the prospect of at least getting three squares a day. In general, incarceration will be a much harsher punishment for generally-good people than for generally-bad ones. That’s definitely non-ideal.

That’s also a factor on the level of deterrence. The threat of incarceration will do a lot more to deter already-functional people from committing crimes, but of course, they were much less likely to do so in any case.