You may want an actual martini as you join Jim and Greg for three troubling stories. First, they chronicle the rapid collapse of the Afghan military, the Taliban’s seemingly inevitable return to power, and the Biden administration’s recent assurance that this would never happen. They also fume at the lack of any coherent Biden border policy as more than 212,000 migrants were apprehended at our southern border in July. And they unload on the president following reports that the Biden administration has considered draconian COVID restrictions, including the need to prove you are vaccinated to cross state lines. 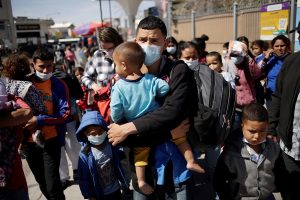 Starting with the lawyers who presented the class action lawsuit against President Trump by one of the illegal alien hordes to prevent him closing the border.  Add the judge who allowed it into their courtroom, the people paying those lawyers, the people protesting against closing the border, all the Congress critters not supporting the President […]

Welcome to the Harvard Lunch Club Political Podcast for February 14, 2017 it’s the Stephen Miller, Be Our Valentine edition of the podcast. We are brought to you this week by Harry’s Shave. Two comments: (1) you’ve heard about it, you’ve thought about it, get it now you *will* love it, (2) use the URL harrys.com/Harvard. We are also brought to you by Casper mattresses: with over twenty thousand reviews and over 4.8 out of 5 stars, it is quickly becoming the internet’s favorite mattress. And we are brought to you by The Great Courses Plus. They have over 8,000 video lectures on a wide assortment of topics. Learn something new today.

This week on the podcast we discuss the poster child for amnesty, the golden nugget sympathy case for open borders, Guadalupe Garcia de Rayos. De Rayos, or as we think of her, mother Guady, has been deported. She is a mother of two American-born children (i.e. anchor babies). She has been in America for 22 years. She came here as a 14 year old looking for a better life. She is doing what she is doing “out of love.” (Where have we heard *that* before??). And she only committed one, almost insignificant felony (identity theft) and she’s reaaaalllly sorry about that. The elitist media Cannot Conceive of why anyone would want the law to be enforced and mother Guady forced to leave. The reaction of the average deplorable is, however, “it’s about time.”

What Is This Thing Called Meme?
Mark Alexander · 34 Likes