(This is a very old blog post that I’ve decided to repost here, it’s satirical…to put it mildly. I did a sort of followup at the Federalist a long time.) The HuffPost has invented a new verb: Huffsplaining. It’s when someone, usually a white woman, decides to write an article that thankfully replaces boring facts […] FAKE NEWS! It’s the Left’s panique du jour: There was an alleged wave of false stories that somehow hoodwinked, hornswoggled, and otherwise bamboozled enough Americans (but not enough to win the popular vote!) to let Donald Trump and those dastardly Baby-Eating Republicans to steal the Presidency. What were those fake news stories? Well, I’ve heard […]

This 9/11 bill story is the most effective example of White House / media synergy I’ve seen to date. First, the actual facts: This Justice Against Sponsors of Terrorism Act (JASTA) was a strongly bipartisan bill.  It had over 25 co-sponsors in the Senate alone.  It was so popular, in fact, that it was overwhelmingly […]

I must admit that I find a liberal journalist getting a taste of what it is like to be a conservative journalist, a bit amusing. He had his article pulled and has been banned from the Huffington Post for mentioning Hillary’s health issues. Mr. Seaman expects the IRS to be calling soon, or worse! He […]

The Leftist Huffington Post is mandating a warning label for all articles about Donald Trump. “Note to our readers: Donald Trump is a serial liar, rampant xenophobe, racist, birther and bully who has repeatedly pledged to ban all Muslims 1.6 billion members of an entire religion from entering the U.S.” Preview Open

Thanks again, HuffPo, for calling us out on our “subtle sexism”. I mean, what little girl wants to hear the words “You’re pretty” from her parents? Preview Open Though I firmly believe that the bulk of a conservative’s time engaging liberal arguments should be spent debating their most pointed, nuanced positions, we should occasionally indulge ourselves by reveling in their worst arguments and fringe elements. Fringe elements like Ali Michael, who took to the pages of the Huffington Post this week to help us all cope with the, and I quote, “overwhelming oppressiveness of our whiteness”.

To call the piece’s logic tortured is to downplay its severity.  The article is a war crime committed against rational thinking. At its core is the assumption that sin is transmitted from the actual perpetrators to their progeny. Whites are not merely beneficiaries of a form of privilege, but literally share partial blame for acts of injustice committed long before their birth. Social Justice is a jealous god, who visits the inequities of the (white) father onto, at minimum, the third and fourth generations.

Rachel Dolezal is a fascinating case study in White racial identity development.* She is stuck in the immersion/emersion stage, in which White people, having learned extensively about the realities of racism, and the ugly history of White supremacy in the U.S., “immerse” themselves in trying to figure out how to be White in our society, and “emerge” with a new relationship to Whiteness.

For those of you who missed Jerry Seinfeld’s recent comments about the state of comedy, Seinfeld remarked that the politically correct atmosphere on most college campuses dissuades top comedians from even playing them. This is a view he shares with other major stand-up stars, including Chris Rock. Specifically, Seinfeld says that today’s young people throw around words like “racism” for the sake of saying them, without even understanding fully what those concepts mean.  He even uses his own daughter as an example.

I follow HuffPostDivorce on Facebook. It’s shocking how much propaganda they promote about divorce and kids. Late last night they promoted this: 15 Life Lessons Kids Learn from Divorce Preview Open

Confusion about the President’s immigration order is not limited to the mainstream media. For those who want to see a debate between constitutional law specialists, the Federalist Society had an interesting panel on the topic of the President’s duty to enforce the laws last week: 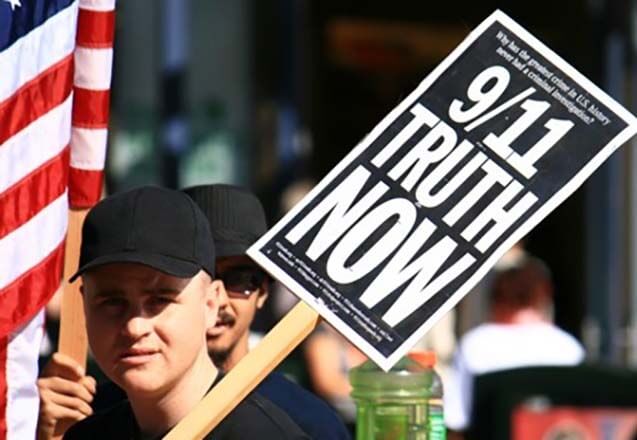 Trutherism, the idea that George W. Bush purposely either planned and carried out the 9/11 terrorist attacks, or purposefully let them happen, has long infected the dark corners of web media.

Shortly after 9/11, such conspiracy theories weren’t tolerated by the left or right. Trutherism was reserved for college kids with the uncanny ability to cut clips together and compose spooky synthesizer music as an outlet to justify their mortal hate for George W. Bush.

The country loved George Bush, and these Dubya haters couldn’t abide that.