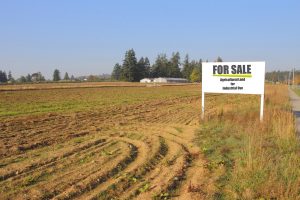 President Trump’s Department of Housing and Urban Development (HUD) issued a rule this past week grandly titled “Preserving Community and Neighborhood Choice.” That rule undid an Obama administration rule on the same topic, called “Affirmatively Furthering Fair Housing” (AFFH). In July 2015, the Obama administration adopted an aggressive position that allowed HUD to monitor state, county, and local governments that received HUD grants to see that they had undertaken exhaustive efforts to remediate a wide range of racial disparities in housing markets, thereby raising the costs that arise from accepting government grants. Under HUD’s recently revised regulations, HUD Secretary Ben Carson scaled back the regulations so they concentrated not on the overall condition of local housing markets, but on the risks that individual acts of discrimination pose to individual applicants.

At no point in that order did HUD single out suburban housing for special treatment. Nonetheless, with scant regard to the content of the revised rule, President Trump posted a celebratory tweet: “I am happy to inform all of the people living their Suburban Lifestyle Dream that you will no longer be bothered or financially hurt by having low income housing built in your neighborhood.” This ill-advised outburst prompted a cascade of criticism that portrayed the new HUD regulation as a backhanded effort to undo President Obama’s much-needed protections against racial bias. As one critic alleged, whereas Carson carefully cloaked these major substantive reforms in a procedural guise that stressed paperwork reduction, the new rule in reality was intended to “reduce the pressure on local governments to provide space and opportunity for Black families in affluent white neighborhoods.”

But the new HUD rule scores well on two key points. First, it is more consistent with the basic objectives of the Fair Housing Act of 1968 (FHA), which aimed to prevent pernicious forms of discrimination in the housing market. Second, it avoids the highly interventionist mission creep of the Obama-era AFFH rule, which insisted that the purpose of HUD was “to create strong, sustainable, inclusive communities and quality affordable housing for all.” Dr. Ben Carson, as director of HUD, has proposed raising costs and imposing work requirements for people in public housing or receiving public housing money. I was a little iffy about that – I mean, who’d want to live in the projects or deal with Section 8 requirements if they didn’t have to? I grew up dirt-poor, and I was a poor single mom for over a decade after that. I know what poverty is like. I know the people who struggle at the bottom. It sucks, and having expenses raised sucks worse.

But after reading the details of Carson’s plan, I agreed enthusiastically. His ideas are perfect, and not because they are cost-saving or because they get those deadbeats going. Have a couple of questions concerning the likely nomination of Dr. Carson to be Secretary of HUD. Many seem to think that he is unqualified because of such and so and that he has no experience with public housing and no government experience running a complex department. Preview Open

Last week, the Department of Housing and Urban Development released its final rule on “affirmatively furthering fair housing,” a regulation intended in part to advance HUD’s goal of making sure that government agencies that receive public funds take “meaningful actions” to eliminate “historic patterns of segregation, achieve truly balanced and integrated living patterns, promote fair housing choice, and foster inclusive communities that are free from discrimination.” As I note in my new column for Defining Ideas, the result is a mess:

The tedious Final Rule, which has been hailed as “historic and overdue,” is an intellectual shipwreck. Its empty and vacuous commands are incapable of rational implementation. Yet notwithstanding HUD’s pious denials, the department is sure to continue its history of contentious litigation brought to chastise and correct local governments whose actions have not met its standard. One inherent difficulty in both the previous and current versions of the Final Rule is that its objectives are often in deep conflict with one anther.

HUD gives backhanded recognition to this point when it notes: “The Fair Housing Act does not prohibit individuals from choosing where they wish to live, but it does prohibit policies and actions by covered entities and individuals that deny choice or access to housing or opportunity through the segregation of persons protected by the Fair Housing Act.” But it does not grasp the magnitude of this concession. It turns out, of course, that most individuals do not wish to live in communities that meet HUD’s sterile definitions of “truly balanced and integrated communities.” They often prefer to live with individuals with whom they share common values in neighborhoods that offer the social support and companionship that they so clearly want.

Roundup from Here & There
BDB · 17 Likes