Over my years at Ricochet, I’ve been very plain about my choice of career.  It’s my handle.  Most nurses feel similarly; being a nurse isn’t just a job.  It isn’t just a career.  It’s an identity.  Much like the military, nursing school tears you down to rebuild you in the form of a nurse.

We adopt this willingly at first, grudgingly later, then with resignation, then with acceptance, and later, far later, with a touch of regret, perhaps.

I asked people what they genuinely wanted to know from nurses and this was a top request. If you have any interest, you can find my first set of suggestions here.

From a nurse with over a decade of experience working in acute care with adult populations on cardiac telemetry in critical care step-down units… here we go. 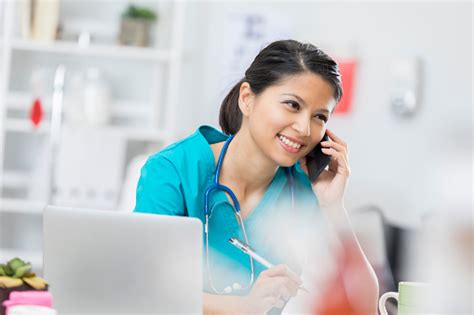 I asked people what they genuinely wanted to know from nurses and this was a top request. By two (Hey, still two more than anything else!).

From a nurse with over a decade of experience working in acute care, adult populations on cardiac telemetry and critical care step-down units… here we go.

An FB friend of mine, a well-respected nurse in Michigan, expressed concern about the number of Covid cases going up. A friend of hers said that the numbers to worry about were the serious cases and deaths. Block quoted below are additional comments my nurse friend made from her ongoing experience with this epidemic. I’ve […]

There seems to be a consensus that every state has a shortage of hospitals and medical professionals. Why don’t we build more hospitals so we don’t have to ‘flatten the curve’ or our economy? Preview Open

Join Jim and Greg as they welcome news that hospitals in most parts of the country have decent capacity for more patients – a big improvement from earlier in the month. They also recoil as more than 80 percent of Americans want to keep social distancing even if it means more economic damage. And they get a kick out of Elizabeth Warren offering a ridiculously late endorsement of Joe Biden, now that he’s the last one standing for the Democrats.

Hey, we made it to Friday!  Join Jim and Greg as they applaud cities and states for gearing up for the worst of coronavirus before it hits.  They also cringe as Washington, D.C., officials claim the COVID-19 peak may not come there until late June or early July. And they call for a common sense review as sheriff’s officials in southern California arrest a man for defying state orders by paddle boarding in the ocean by himself.

The “Lord’s Prayer” is not to be prayed with resignation: “Father, what will happen will happen,” or “Since it’s an order, I’ll obey”–as though we were being called to attention by a spiritual commander-in-chief. Such an attitude would indicate that “the servant does not know what the master is doing” (John 15:15), which is not at all the case. He who has given up his life guides us along his path, making us acquainted with God’s will so that we do it freely. And the will of God is that each of us contributes to the salvation of mankind. Once we know this, a prodigious perspective opens up before us, affecting both our prayers and daily existence. To become a medical doctor in the coming years, a person would need to be extremely dedicated—and a glutton for punishment. I’m beginning to wonder how many people will decide that becoming a doctor is simply not worth the sacrifices.

Many of us already know about some of the costs that a student faces to go to medical school:

The median four-year cost of medical school (including expenses and books) was $278,455 for private schools and $207,866 for public schools in 2013 according to the Association of American Medical Colleges. While grants and scholarships account for some of this total, lowering eventual debt to an average of $170,000-interest accrues while doctors are still completing their residencies, sometimes adding as much as 25% to the total debt load.