It’s that season, the season of my people. Since some folks only watch horror flicks this time of year, I thought I’d provide my services and offer up a charcuterie board of spooky movies for those precious days we have left before All Hallows’ Eve. I assume you already know Beetlejuice and The Bride of Frankenstein. This will be a list of the lesser known, the overlooked, and the unsung. Grab a bag of Takis and let the Caro Syrup flow. 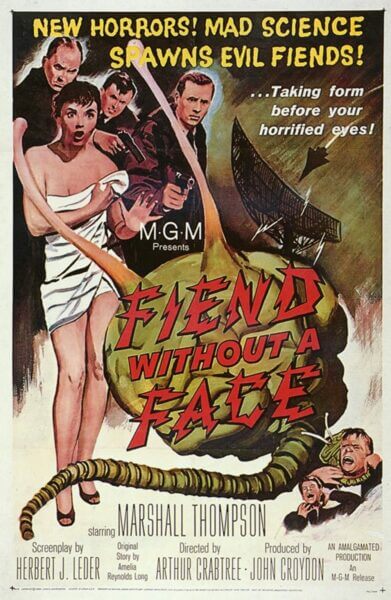 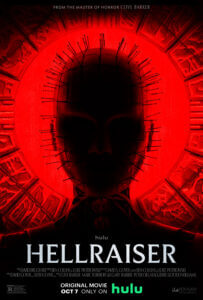 A couple weeks ago, Hulu released a reboot of Hellraiser. There hasn’t been a good Hellraiser movie since the first one and that came out before I was born, so it was strange to have any interest in a new installment. Stranger still to suffer even a bit of anxiety over how good it would be. After nine bad sequels, what harm could one more do?

The information we got before release was heartening. Attached to direct was David Bruckner, a notable horror director whose previous work (The Ritual, The Night House) has gone unseen by me but has received enthusiastic reviews. One of the producers was Hellraiser creator Clive Barker who hadn’t been involved with the series since the fourth entry, Bloodline, and when the trailer for the ninth, Revelations, included his name took to Twitter to complain, “If they claim its [sic] from the mind of Clive Barker, it’s a lie. It’s not even from my butt-hole.” (Dimension Films later removed the reference to him from the trailer.)

The reboot’s budget hasn’t been made public, but assuming it’s even a modest Hollywood production would make it more expensive than several of its predecessors put together.¹ This was not a slapdash job to hold onto the IP nor was it an unrelated script retrofitted to include Pinhead² as many of the direct-to-video sequels were reported to be. 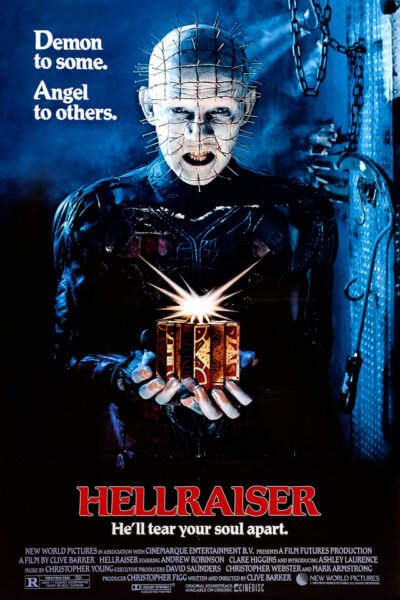 What if there was a puzzle box and if you solved the puzzle, sex demons appeared and tortured you to death? That’s the question Hellraiser seeks to answer. Summarizing it as such may come off snide, but I only mean to highlight how bold and weird the film is. Hellraiser gets lumped in with Halloween, Friday the 13th, et al., but structurally and thematically it’s a far cry from your average slasher. Nightmare on Elm Street comes closest. Both films focus on their supernatural elements, their iconic baddies have personalities rather than being silent, faceless killers, but tonally and in myriad other ways, the two diverge.

Hellraiser begins in a bazaar in some unnamed country where Frank Cotton (Sean Chapman) buys the aforementioned puzzle box, a black lacquered cube with unique patterns of filigreed brass on each of its six sides. Frank solves the puzzle in his attic, then hooks shoot from the box to tear him apart. His square brother Larry (Andrew Robinson) and Larry’s wife Julia (Clare Higgins) move into Frank’s house, oblivious to what happened there. While hauling a mattress upstairs, Larry cuts his hand on a nail. His blood seeps beneath the attic floorboards where it is absorbed by what remains of Frank. 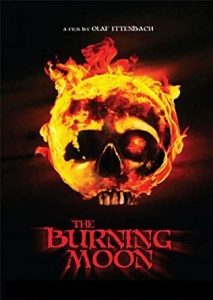 “In space, no one can hear you scream”? “Who will survive and what will be left of them?” “Be afraid, be very afraid”? “When there’s no more room in Hell, the dead will walk the Earth”? All good guesses, and we could spend this whole post listing these, but I’d like to give the honor to Intervision’s DVD release of German indie, The Burning Moon, which boasts: 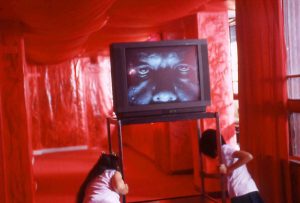 The Creepiest Show on Earth

“Everything looked like a guillotine,” narrates Mitsuko in the beginning of Strange Circus. She is recounting her childhood living under the torment of an emotionally sadistic father. Like any abused child she is in a constant state of anxiety, worried she may do something to draw her father’s ire. In that situation, even the walls must look dangerous, like armed guards blocking any chance of escape.

Mitsuko’s father, Ozawa, is also the principal of her school where his face is broadcast into the classrooms each morning on a TV screen like a low rent Big Brother. The school hallways are soaked in crimson. Crimson ceiling, crimson drapes, crimson walls, crimson carpet. The walls are textured like dripping blood frozen in place. It’s disquieting when two students slowly wheel a TV down the hall, Ozawa’s stern eyes staring daggers from the screen. These halls show up frequently, sometimes empty of people, other times looking like they’ll drown the pale little figure of Mitsuko.

No dark and stormy night in this one, but a dark and foggy night is close enough, right? The Barber by the Straight Preview Open

Last week, my friend Scott Beauchamp and I talked about the Catholic horror, The Exorcist. This week, we turn to its antithetical double, the scientific horror, in this case, John Carpenter’s The Thing. We talk about body horror and its relation to nihilism, horror of life in its meaningless, destructive quest for reproduction. About science, the cold universe, and fire — the power behind technology. About post-Vietnam manliness retrieving the darkness of the noir detective or the cowboy who cannot live in the community he saves.

The podcast turns to horror, Catholic and scientific. I am joined by veteran and writer Scott Beauchamp to talk about William Friedkin and William Peter Blatty’s The Exorcist and about Russell Kirk’s views on horror — having read his very humanistic essay on horror in Modern Age. We talk about body horror as a way of confronting evil, of raising existential questions: Is being human special, after all, or just another meaningless accident? Next week, we turn to the scientific horror for comparison–The Thing.

Direction by Luca GuadagninoScreenplay by David KajganichBased on Characters by Dario Argento & Daria Nicolodi“This isn’t vanity! This is art!”– Helena Markos No man can ever truly understand woman. They’re just too… there’s just something… it’s impossible. They can give life, they can command absolute obedience with the snap of a finger… Hell hath no […]

Direction by Shane Black Screenplay by Fred Dekker & Black Based on Characters created by Jim & John Thomas “F— me in the face with an aardvark!” – Baxley   Expanded franchising is killing this industry. Lest an executive forget why we go to the movies in the first place, it’s product like The […]

Boo! Sorry, did that scare you? Hopefully not. Because if it did, you might not be able to handle this special Halloween episode of the Young Americans. Jack and the gang discuss their most Millennial fears, their favorite horror movies, and whether horror can be respected as a genre or not. And if this episode scares you too much, please make use of the services of our first-ever sponsor: Calm.com, an all-purpose relaxation website and app.

A Film by Ari Aster“Who am I?”– Peter   Preview Open

Note: I honestly didn’t even want to write a review for this movie, I so badly didn’t care. But I promised myself that even garbage like this should get a few words. It’s part of the challenge, right? Let me know what you guys think. Direction by Jeff Wadlow Screenplay by Jillian Jacobs, Michael Reisz, […]

The podcast’s going back to Brian De Palma. My friend John Presnall and I are going to defend, from a conservative point of view, De Palma’s most indefensible sex and violence movie, Body Double. De Palma makes porn the mirror of Hollywood (the underground of Hollywood) and brings Hitchcock into the ’80s, with all the new scandals, but the same moralistic intention: Showing how society hides from evil and perpetuates it. De Palma criticizes the all-American ambition for success and popularity in order to defend man’s heroism. However vulgar, we all want to be a man and save the girl and beat the bad guy.

Direction by Johannes Roberts Screenplay by Bryan Bertino and Ben Ketai “Why are you doing this?” – Kinsey   Preview Open

A Movie by the Spierig Brothers Preview Open