A Century Of Ideas: A Century Of Prosperity: A Review Of The Standard Of Living, 1919 Vs. 2019 The past century has witnessed dramatic improvements in the standard of living in the United States. Panelists will discuss the role that free markets, property rights, innovation, regulation, and national security have played in this remarkable advancement […]

“In Israel, in order to be a realist . . . you have to believe in miracles,” observed the late David Ben-Gurion. Peter Berkowitz, the Hoover Institution’s Tad and Dianne Taube Senior Fellow and an expert on Israeli affairs, assesses the Trump administration’s peacemaking strategy, which includes deploying Jared Kushner, Trump’s son-in-law, and taking into account Prime Minister Netanyahu’s fragile political health.

Recorded on July 24, 2017
With schools in session across the country, Hoover senior fellow Paul Peterson details this year’s survey of American education by Education Next. Among the more notable results: teachers are wary of their colleagues’ performance; parents are increasingly dissatisfied with charter schools.

Six months into the Trump presidency the GOP Congress struggles with the promise of swift and dramatic reforms. Kevin Kosar, the R Street Institute’s vice president of policy and a ten-year veteran of Capitol Hill, discusses how the legislative branch became the weakest of government’s limbs.

One hundred and fifty days into his presidency, Donald Trump is on pace to issue the most executive orders for a first-year president since Harry Truman in 1945. Hoover research fellow Adam White reviews the highs and lows of Trump’s signing flurry–and discusses the need for the Trump White House to pick up the pace for executive and judicial appointments.

Produced by the Hoover Institution, we call it “Area 45” – Hoover fellows and other notables in the greater Hoover galaxy (academics, media members, officeholders) examining various policy aspects of the 45th President of the United States.

In this episode of Uncommon Knowledge, Hoover Institution fellow Kori Schake talks with me about her book Warriors and Citizens that she coauthored with General James Mattis, as well as the strengths and weaknesses of maintaining a world-class military managing worldwide issues with an all-volunteer force.

The historian Robert Conquest died at 98 this past July. Earlier this week, the Hoover Institution held a day-long conference in Bob’s honor — and aired this brief video tribute.

Recollections of a genuinely great man.

I’m back in California this week, being reminded all over again about this state’s many natural virtues and many manmade vices. Amongst the latter group is tax policy in the Golden State, which is — how do I put this tactfully — crazy. Beating-your-head-against-a-padded-wall crazy.

In this installment of the Eureka podcast from the Hoover Institution, I talk with Hoover fellows Carson Bruno and Bill Whalen about how the extreme progressivity of California’s tax code fuels its recurring budget crises, whether Californians are really the tax-loving lefties they’re made out to be in the popular consciousness, and whether meaningful tax reform in the Golden State is a real possibility. Listen in below:

One of my favorite guests on our Hoover Institution podcasts is Stephen Krasner, the Graham H. Stuart Chair in International Relations at Stanford and the Chairman of Hoover’s Working Group on Foreign Policy and Grand Strategy. On this show, we discuss America’s role in shaping international order: how we’ve done since World War II, whether our days at the top are coming to a close, and which threats to our preeminence our most acute. On this week’s installment of The Libertarian Podcast from the Hoover Institution, Professor Epstein guides us through the implications of the Halbig case regarding Obamacare subsides. Is the president’s signature piece of legislation headed for defeat at the Supreme Court? And is this the right way to do undo the law. Richard delivers his tour de force analysis below: 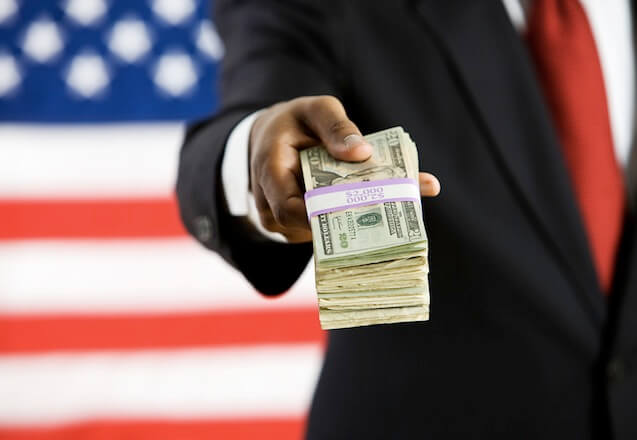 I’ve recently been recording a series of interviews with members of the Hoover Institution’s Koret Task Force on K-12 Education, the members of which just released a new book, What Lies Ahead for America’s Children and Their Schools, a collection of essays on the major issues that are going to confront education in the years to come.

In the first of these discussions, I talked with John Chubb, President of the National Association of Independent Schools, about the influence of technology on education. Will internet learning displace or augment a conventional classroom education? Will grade levels become a thing of the past? And is it possible that consumer-centered innovations could actually result in teachers earning more? Those are just some of the topics we discussed in the conversation below:

In Response to a Progressive Colleague, I wrote…
GrannyDude · 9 Likes