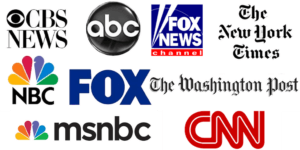 Step #6: Corrupt Journalism and the Arts

The corruption here is obvious. Make everything Pravda, and suppress anything non-Pravda.

In Hollywood, even the most prosaic activities often involves a complex dance of priorities, rank, and egos. This week, Rob explains the complex politics and power moves behind setting a meeting time that works for everyone’s schedule. But that exercise pales in comparison to figuring out who is in what position on which project, which often requires an advanced degree in calculus to understand, but also why (according to Rob), you can get by just as well with good grasp of the concept of dithering.

Jack and Alec Dent take the occasion of Fathers’ Day to discuss Top Gun: Maverick, the movie described by Deadline Hollywood as “the ultimate movie to take your dad to.” Topics hashed out include whether Top Gun is a good movie (no), why the sequel is so much better, whether Hollywood will learn important lessons from Top Gun: Maverick‘s success, and whether Maverick is dead for basically the whole movie (no).

In the entertainment business, pitch meetings are an essential part of selling ideas — and getting jobs. So as a public service, Rob gives his expert guide to pitch meeting success, starting with what beverage one should order (it matters!) and ending with the post-pitch conversation in the car.

In this week’s episode, Rob Long tackles the idea that entertainment is a risky business that takes a lot of intuition and nerve. Things are going to fail, and sometimes, weird long shots do pay off. But that doesn’t stop networks from using methods to try to predict what shows will and won’t be hits. Rob reminds all network executives that they are in the business of taking chances, and reveals the clever way studios mitigate risk by using a highly technical financial instrument: OPM — a.k.a., other people’s money. Okay, it’s not very technical and it’s not really an instrument either, but it does mitigate their risk.

Screamers, show consulting, Stanford, seniority, status, and Stalin’s chair. These concepts are all linked, in this parable on power in the entertainment business. Listen and hear how.

This week, Rob give his notes on network notes. Some writers consider them the bane of their existence. Others carefully parse them like a detective at a crime scene for subtle clues that may (or may not) signal whether their script will move towards production. But what if your script receives the unusual but occasional “we have no notes” response? Well, that’s the dream, right? Rob explains why it may indeed mean you have turned in the perfect draft that answers all of the network’s questions and fears and your pilot is now on the fast track to the Production Promised Land. Or it may mean something more ominous….

As the entertainment business slowly becomes a form of television and everyone slowly realizing that the television business depends on the management skills and personal discipline of…writers, some show runners are finding themselves replaced at alarming rates. Rob — who has run a few shows in his time— has some words of encouragement and yes, advice for those people who find themselves in precarious employment situations. And in the process, talks himself out of a job. Oops.

In Hollywood, everyone is an artist. And as artists, they often feel they are entitled to a certain amount of eccentricity and perfectionism, including but not limited to having their cake and eating it too (metaphorically speaking).

Rob explains why managing “the talent” —which includes anyone who interacts with studio management— sometimes calls for techniques that are more commonly associated with calming infants. Or 19th century schizophrenics. Rob also reveals the strategy to winning any exchange involving talent, notes, deals, or even controversies that play out in the media. He guarantees it. Are you listening, Mr Chapek?

I often think that a TV show about actual nurses would play well.

Not the TV show about nurses that Jada Pinkett Smith did, but a show about what actual nurses do and live and feel.  I can’t help but think that the drama of actual life, being yelled at by physicians over things not in our control, being yelled at by family members, finding patients hiding drugs in their bed and overdosing while admitted, finding patient family members unlocking syringe boxes to steal used syringes for whatever, and families being elated at the last moments of recovery and lucidity right before death…

On this episode of The Federalist Radio Hour, Chris Fenton, author of “Feeding The Dragon: Inside the Trillion-Dollar Dilemma Facing Hollywood, the NBA, & American Business,” joins Federalist Culture Editor Emily Jashinsky to discuss the dangers of communist China’s grip on Hollywood and now the global stage by hosting the 2022 Winter Olympics.

In Los Angeles, everyone’s in show business. Everyone.

There’s only one phrase a scriptwriter dreads more than “we love it, but we have some notes”: “we love it and have no notes.”

Rob discovers a WWII era psyops spy manual and realizes it is the perfect guide for disrupting the business practices of modern content companies. But —as a New Year’s resolution— he vows not to use the manual’s power for evil. For now. 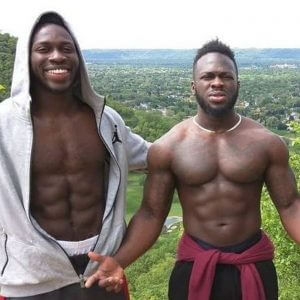 Rob explains an immutable law of show biz physics: bad news travels slow because there’s no money in it, while good news travels fast –really fast– turbo-charged by the notion that money is about to be spent.