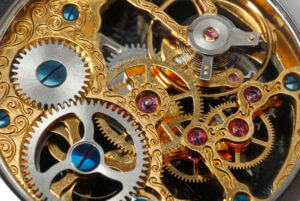 “[Y]ou cannot deliberate about the inevitable, which is how progressives think of history. As we’ve been told for generations now, ad nauseam, you can’t turn back the clock. By the same token, however, you also can’t turn the clock ahead… Either you’re on the right side of history or the wrong side, where the right side is necessarily understood to mean the winning side, and the wrong side the losing one. Otherwise, this would not be a historical test but an abstract moral or philosophical one.”
— Charles R. Kesler, Crisis of the Two Constitutions, pp. 258-259

In his most recent book, Charles Kesler dismantles one of my many political pet peeves: the conceit of being “on the right side of history.” As I’ve said in debates countless times, history has no sides.

As an example, let me concoct a pair of 20th-century Russians. In 1910, Dmitri was a conscientious church deacon who fully supported Czar Nicholas II. Was Deacon Dmitri on the “right side of history?” Sure … at least until 1917, when Nicholas was forced to abdicate and was later shot. I suppose the deacon was on the wrong side of history from then on.

A central – perhaps *the* central idea of Marxism – is that “History” has laws, which are in principle discoverable. Marx claimed to have discovered them. He insisted that future “History”  – the general shape of events – could in principle be foreseen,  no less than the past is discernible from records. “The wrong side of history”, is […]