It’s official: House Democrats, acting on a purely partisan basis, are trotting up their poll-tested “best of” legislation to restrict gun ownership. The House Judiciary Committee is holding an “emergency hearing” on Thursday to “mark up” the bills. Any GOP efforts to modify the bills in any way will be rejected. Oldies but goodies, politically speaking.

Are you one of the thousands of teenagers in Pennsylvania who enjoy the opening of hunting season – a school holiday in many parts of the Commonwealth? If you are 19 years old and looking to buy a new .30-06 caliber rifle for that hunting trip – more powerful than the scary-looking AR-15 that is generally unsuitable for large game hunting – the Democrats say no. Even if you pass your background check and just completed basic training for the Pennsylvania Army National Guard. Where you were trained to handle really scary-looking guns. Even grenades. 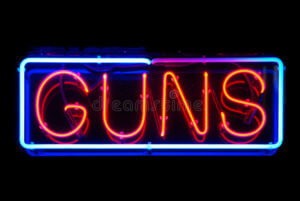 Hillsdale is a remarkable college in Michigan that was established in 1844. More of its students went to join up for the Civil War than any other western school. And it is known for offering a Classical education and teaching the Constitution. It also takes no money from the Federal government. And is highly celebrated for its requirements and high standards.

But much less well-known are their shooting range, shooting workshops for adults and students and now, programs for high school students. How did they pull this off in the state of Michigan? There are three cardinal rules of gun safety. One negligent Florida police officer outrageously violated all three at the same time and accidentally killed a woman.

Mary Knowlton arrived at the Punta Gorda, Fla., police station Tuesday night to learn how to be a community steward. If you’re not for gun control, at least you should be for gun safety. That’s a line you hear a lot these days. Sometimes the distinction serves a tactical purpose of trying to reframe gun control in a politically less threatening way, as when Michael Bloomberg’s gun-control group styles itself Everytown for Gun “Safety.” But many people do see the two words as meaning different things, with “safety” standing for a seemingly less controversial set of objectives such as preventing accidental misfirings, storing guns in such a way that unauthorized persons can’t get at them, making it easier to trace stolen weapons, and so forth.

But one trouble is that it’s extremely difficult it is to reliably improve these latter kinds of gun safety except in ways that gun owners might themselves be persuaded to adopt. And if goals are obtainable by persuasion, why should legislation come in?

For example, of the steps announced by President Obama last week, probably the most significant is one that will tighten legal pressure on persons who sell guns in small or incidental quantities but who do not currently register as gun “dealers” with the associated license fees and regulatory requirements. One example given of this in-between class are persons who liquidate estates. While some of these persons will (as intended) register as dealers, others will simply offer to handle the sale of the rest of Uncle Harry’s estate but not his small gun collection, which, the family not being sure what to do with it otherwise, may accordingly languish in an attic or the back of a closet. Is anyone actually confident that the risks of theft or misuse from leaving guns in the hands of family members unfamiliar with them is lower than the risk of allowing them to be resold through an intermediary to persons who have consciously chosen to own guns?