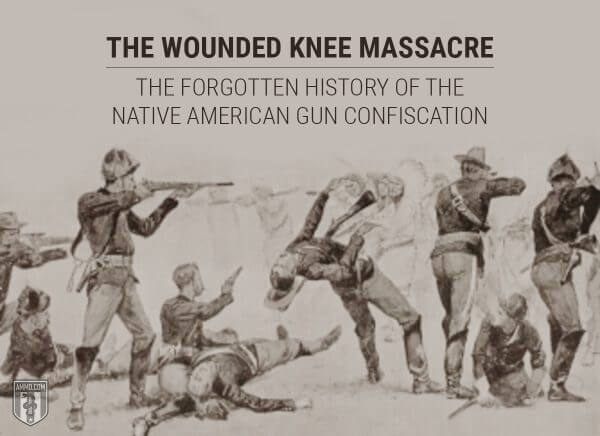 The Battle at Wounded Knee is a significant battle in American history, as it put an end to the Indian Wars and is marked as the last official defeat of the Native Americans. But what’s not taught in history lessons is that Wounded Knee was one of the first federally backed gun confiscations in the history of the United States, and it ended in the massacre of nearly 300 unarmed people.

During the late 19th century, American Indians were allowed to purchase and carry firearms, just as white men were. The colonial gun laws did not bar Native Americans from possessing firearms, yet that natural right was violated by government forces at Wounded Knee. And once the guns were confiscated, the battle ensued.

I imagine those people that were hired back in Jan 2020 under the auspices of the UN’s “Peace Time” Mission are now viewed as  essential workers and have no  worries what so ever about their personal economy.   Preview Open Then again, maybe they do believe that. President Trump’s voice started to break, and he almost lost his composure, at the end of his formal statement Monday morning. Has he been so shaken by these two mass murders as to throw away his promises in the name of political reality or circumstances? His answers to (leftist Democrat) reporters on the way to Marine One were concerning but ambiguous. Was he just trying to get through the worst of it sounding reasonable? You decide. Bethany Mandel nicely laid out the virulently hateful reaction of the Democrats, at every level, to President Trump’s address to the nation on the two mass murders this past weekend. She noted how the New York Times was driven by its own mob to change it’s headline on the president’s address. However, the change, while making the ideological lines clearer, was still fairly accurate:

The first headline read “Trump Urges Unity Vs. Racism” while the second said “Assailing Hate But Not Guns.”

Would that this were fully accurate. Sadly, the president has given life to a massive gun grab, done the way American politicians prefer. This president knows full well, by his own words, that he has been targeted by leftists wrapped in black robes. He has learned, and all of us know beyond a shadow of a doubt, that the “least dangerous branch of government” has been fully weaponized.

You need listen to no other video than The Sane Progressives’ recent youtube. Debbie L emphasizes that police statements have already announced, and that legislation now zooming through various state legislatures definitively focus not only on the ban of Ar 15 and other assault rifles, but on all guns. Not only that, and even worse […]