This week on “The Learning Curve,” co-hosts Cara Candal and Gerard Robinson talk with Professor Roosevelt Montás, Director of the Freedom and Citizenship Program at Columbia University, and author of the book, Rescuing Socrates: How the Great Books Changed My Life and Why They Matter for a New Generation. Professor Montás shares his background as an immigrant from the Dominican Republic who attended Columbia, and what inspired his appreciation for the Great Books tradition. He explains the deep connection between philosophy, liberal learning, and a good life, why this tradition matters for advancing liberal education, and its implications for K-12 students in a world that is increasingly centered on technical skills, and that has become overly politicized. They delve into lessons from works like Homer’s Iliad and Odyssey, about how literature and art can ennoble our young people and elevate our democratic ideals. Professor Montás concludes with a reading from his book.

Stories of the Week: Chronic absenteeism, or missing more than 10 percent of the school year, has likely increased dramatically since the pandemic, and can lead to increases in school-related stress, social isolation, and decreased motivation, all of which contribute to behavior problems. Veterans Affairs officials will now receive greater authority to adjust funding for housing, work-study programs and other education benefits for students relying on the GI Bill, after the COVID-era shift to online-only classes prompted stipend reductions and emergency legislation.

This week on “The Learning Curve,” guest co-host Jason Bedrick and co-host Gerard Robinson talk with Dr. Leon Kass, MD, the Addie Clark Harding Professor Emeritus in the Committee on Social Thought and the College at the University of Chicago. Dr. Kass describes the important pieces of wisdom and humanity people today can still learn from reading the Book of Genesis, the topic of his 2003 work, The Beginning of Wisdom. They next discuss his newest book, Founding God’s Nation: Reading Exodus, and general lessons about the Israelites that leaders, teachers, and students could use in addressing the challenges of modern life. They explore the influence of the Book of Exodus and the themes of liberation from captivity on the Civil Rights Movement, and several of its major leaders, including the Rev. Dr. Martin Luther King, Jr., and what teachers and students today should learn from Exodus about deliverance from life’s hardships. Dr. Kass shares why he became interested in the Great Books, and their crucial role in helping 21st-century students receive a complete liberal arts education and lead fulfilling lives. They discuss Western education’s increasing focus on vocationally oriented and often technocratic skills at the expense of humanistic education, and why we should be concerned about it, especially in our hyper-technological era. The interview concludes with a reading from Dr. Kass’s newest book on Exodus.

Stories of the Week: Co-hosts Cara Candal and Gerard Robinson discuss a New York Times story on the plight of America’s nine million students in rural school districts that are underfunded, disconnected, and face myriad challenges. Pioneer Institute and other organizations submitted an amicus brief in the U.S. Supreme Court case, Carson v. Makin, to expand access to private and religious schools for families in Maine.

These are the series I will reread time and again, the ones that suck me back in and have held up over time. By “modern” I mean 1960s on, and include both licensed P.I.s and sole investigators. I’ll occasionally go back to some individual classics by Hammett, Chandler, Christie, and Ellery Queen (especially the trilogy of Queen failures at the center of which is Ten Days Wonder, a masterpiece.) But these twelve are the ones I will reread in their entirety.

JOHN D. MACDONALD, Travis McGee (21 books)
A hardcore beach bum burnout who lives on a houseboat in Florida, Travis is a prototype for many to come, including Jack Reacher. The Kindle versions are high-priced, but individual ones pop up occasionally for $1.99. 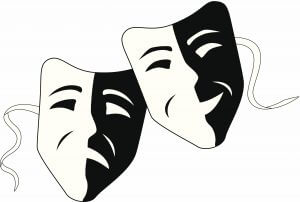 There is a natural tension between the poet and the dramatist. The dramatist plays with appearances, illusions, masks. The poet aims at essential truths.

The dramatist is about seeming. The poet is about being.

Summer is upon us, and the City Journal editors are ready for some vacation. We asked Brian to tell us what books he’s taking with him to the beach this year and why.

“Mom, what does making love mean?” “What are you reading?!” Preview Open

Summer is traditionally a time when Americans can catch up on books that they’ve been meaning to read (or reread). We asked Brian to talk about what books are on his list this year, how he decides what to read, and more.

I am trying something new this semester. I am teaching a course entirely devoted to one book, Tocqueville’s Democracy in America. One book courses are, as far as I can tell, exceedingly rare here at Skidmore College. There are lots of different reasons for this (that’s another post), but one is that students today get […]