You are washed up President Trump – pack your bags – no re-election for you! You’re finished! These were the headlines after President Trump ended the government shut-down….on a “partial basis”. Wow – So border security is the only issue? Never mind he brought back major companies to the US, renegotiated the NAFTA deal, lowered […]

For all the Federal workers who don’t get MLK Jr. Day off because they’re already off for the government shutdown. Preview Open

I am no expert, but I keep hearing that the shutdown could drag on for weeks and weeks, even months, and that TSA agents are calling in sick in large numbers to avoid working without pay.

I love the idea of a government shutdown dragging on for months and months. Give Nancy no opportunity to try to appease the rabid mob that is her base.

Jim Geraghty of National Review and Greg Corombos of Radio America welcome another good jobs report and President Trump’s desire to avoid a government shutdown right before the midterm elections.  They also wonder why very few people are discussing Russia threatening to use force near U.S. troops in Syria and accusing us of protecting militias hostile to the Assad regime.  And as dozens of top Trump administration officials deny writing the anonymous op-ed in the New York Times, they discuss the immense damage the Times will do to its own reputation if the author turns our to be a figure few people have heard of.

Jim Geraghty of National Review and Greg Corombos of Radio America relish enjoy watching the credibility of the Steele dossier implode even further now that disreputable Clinton fixer Sid Blumenthal is being implicated for feeding information to Steele.  They also shake their heads as President Trump says he would love a government shutdown unless he gets his way on border security just weeks after Republicans successfully convinced Americans that funding the government should not be contingent upon passing an immigration bill.  And they have no problem honoring the U.S. military with a parade as President Trump wants to do, but Jim says there are more pressing national security concerns, including long-term funding and pay raises. Chatting before the much-anticipated Senate vote to end the government shutdown, Jim Geraghty of National Review and Greg Corombos of Radio America are glad to see Democrats feeling the heat on refusing to fund the government and taking some steps to get things fully up and running, but they also warn listeners what Democrats and some Republicans really want in an immigration bill to go along with reopening the government.  They also don’t believe the FBI’s explanation that it somehow lost five critical months worth of text messages from Peter Strzok, the agent fired form the Mueller special counsel team and bragged about an “insurance policy” against a Trump victory.  And they also call BS on the explanation from Sen. Rand Paul’s neighbor for attacking Paul, namely that the senator was assaulted from behind and had five ribs broken because he was stacking brush close to their shared property line.

Jim Geraghty of National Review and Greg Corombos of Radio America applaud the Interior Department for announcing open-air memorials and national parks not requiring staffing will stay open in the event of a partial government shutdown, a very different approach than the Obama administration barricading memorials to war veterans to make a political point.  They also hammer Senate Democrats for planning to block a bill that would keep the government open and point out the blatant hypocrisy and deception being employed by the Democrats to justify their tactics.  And they tell House Republicans that the FISA memo better be a massive bombshell or else the GOP is going to look pretty silly over the hype.  They also tell the GOP that if they want it released to the public, they should just vote on it and be done with it.

Conventional wisdom suggests Republicans will be harmed electorally by government shutdowns. Is there any evidence for such a claim? Nobody really likes government shutdowns, including me. But sometimes you have to make a point. Send a message. Show voters what you really believe. Take a stand.

With John Boehner set to resign at the end of October, many believe the outgoing speaker can team up with House Democrats to avoid a government shutdown on October 1. Ace Washington watcher Dan Clifton of Wall Street firm Strategis reports, “The risk of a government shutdown next week has been eliminated.” And he expects Congress to pass a short-term continuing resolution that will fund government appropriations through December 11.

That would be a clean bill that does not defund Planned Parenthood. More Democrats than Republicans would support it. And Senate majority leader Mitch McConnell stands ready to pass a similar clean resolution. The president of the United States is not going to [defund Planned Parenthood, and all we’re going do is shut the government down … The American people are gonna shake their heads and say, “What’s the story with these Republicans?” … There are ways to do it without having to shut the government down, but I’m sympathetic to the fact that we don’t want this organization to get funding, and the money ought to be reprogrammed for family planning in other organizations that don’t support this tactic. But I would not be for shutting the government down …because I don’t think it’s going to work out. 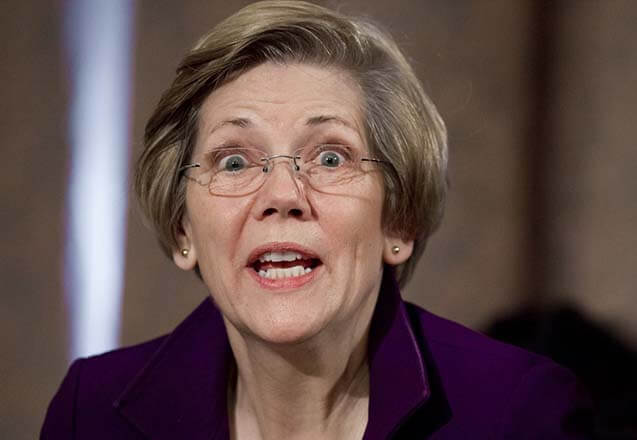 They’re showing reruns on Capitol Hill. The Democrat-led Senate is scrambling to approve yet another spending bill. Congress, at the very least, needs to send a continuing resolution to the White House for a signature or the federal government will shut down.

As the Beltway media has long told us, a government shutdown is the worst calamity that can befall humanity. The last one occurred way back in 2013, and America devolved into a Mad Max-style hellscape with neo-primitive warlords roaming the countryside, imposing their cruel will through violence and the threat of further anarchy. Or maybe a few national parks were temporarily closed; my memory’s a bit fuzzy. This Seems Like a Big Deal
Keith Lowery · 24 Likes

Getting Past Deceptive Whiteness
The Ricochet Audio Network