…and I am enjoying it immensely. AZ has a pretty well done voting system, especially Maricopa County, and they STILL can’t handle the volumes. Preview Open

Join Jim and Greg as they’re thrilled to see a significant shift in suburban voters from the Democrats to the GOP. They also react in horror as USA Today opinion writer David Mastio not only reveals that he was forces out of a job for saying that only women could have babies but that the whole Gannett network is catering to a woke ideology that has no interest in a diversity of opinion. And they discuss the bipartisan yawning over Biden’s call for a federal gas tax suspension and the hypocrisy of lawmakers like Washington Sen. Patty Murray, who hated the idea when a Republican was president but now supports it when Biden is in office and she’s up for re-election.

Join Jim and Greg as they call out President Biden for his tired act of blaming Russian President Vladimir Putin for our inflation crisis. The war has contributed to the problem, but it was never the main driver of inflation. They also chronicle how Biden is about to completely flip from vowing to make Saudi Arabia a pariah state to begging it to produce more oil. And they shake their heads as two of Michigan’s most prominent GOP candidates for governor fail to make the primary ballot over fraudulent petitions.

I voted for Bill Clinton once. I’m not proud of it. At the time, I didn’t put much thought into voting decisions; he was the Democrat, and Republicans were the bad guys. I bought what he was selling and went on with my life. Preview Open

Last night, my sister and brother-in-law went to the Log Cabin Republicans function in Orange County.  There were a few people speaking about running for Superior Court Judge and they decided to crash and put his best foot forward.  He’s not often allowed to speak at these functions because regardless of his personal feelings, he […] 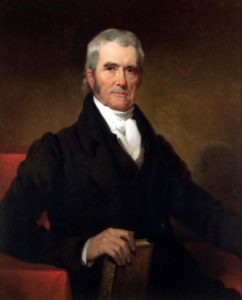 Canada’s Conservative Party Leader Ran Hard to the Middle and Failed to Win Seats in Parliament. Why?  It is challenging to draw parallels between politics in Canada versus the United States. There are some significant differences between us. Canadians, in particular, are more trusting of their government and more compliant with diktats. But parallels exist. […]

Well, we see the predictable rollout of the Democrat message re: Anniversary of Death of George Floyd – will tomorrow start the GOP’s rollout of The Anniversary of the Riots of 2020? The coordinated messaging on the complicit Dem leaders in those communities ravaged by these riots? The soft encouragement from many Democrat officeholders and […]

On May 1st, Texas will hold a special election to fill the seat of late U.S. Congressman Ron Wright, who passed away in February from COVID-19. The contentious, all-party election has 23 candidates vying for the seat, including Rep. Wright’s widow Susan.

One of the Republican candidates, Michael Wood, joins Avik Roy, President of FREOPP, to discuss his platform and why he describes this election as “the first battle in this war to take back [the Republican] Party.” In Woods’ words, “It’s time for us to move past [Trump] now before we lose to Democrats in the midterms next year and in the presidential election after that.”