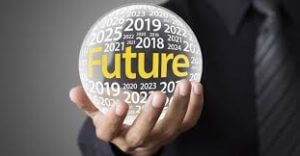 I do not know how many people here follow the situation with Wikileaks and Julian Assange. Assange is being held as a prisoner in Great Britain for his supposed coercion of Chelsea Manning with regards to her illegal leaks of information relating to military operations during the US invasion of Iraq. Preview Open

On this AEI Events Podcast, Senator Ben Sasse (R-NE) delivers a keynote address at a conference on discussing democracy in crisis. The event, co-hosted by AEI, Freedom House, and the Center for American Progress, marked the release of Freedom House’s report “Freedom in the World 2018.”

In his keynote, Sen. Sasse emphasized that while freedom is not unique the United States, it is uniquely America’s advantage.

Trump’s antagonistic relationship with the press is well documented and he’s treated with more disdain than any other candidate in the race. Nevertheless, many — myself included — were alarmed that Trump wishes to open up libel laws and were aghast when he appeared to condone his supporters’ roughing-up of a protester. Well, apparently the intimidation game has progressed to assaulting reporters:

According to multiple witnesses present at last night’s Donald Trump press conference, where he celebrated another string of primary victories by showing off his dubiously-branded line of products, Trump’s campaign manager Corey Lewandowski “forcibly yanked”Brietbart News reporter Michelle Fields, “nearly bringing her down to the ground” as she tried to ask a question of the Republican presidential frontrunner.