A couple of recent items that should gladden the hearts of our resident “free traders.” Carrier, an Indianapolis-based heating, ventilation and air conditioning company owned by United Technologies, announced it is closing a manufacturing plant in Indiana and moving production to Mexico… eliminating 1,400 American jobs. Ford Motor Company announced that it was investing over […]

I have found my views on free trade “evolving” over the past year or so. The Red Fish of 2010 or so would have happily provided a lengthy dissertation on the benefits of NAFTA and free trade to any group who wanted to listen. Or didn’t want to listen. 2010 Red Fish was like that. 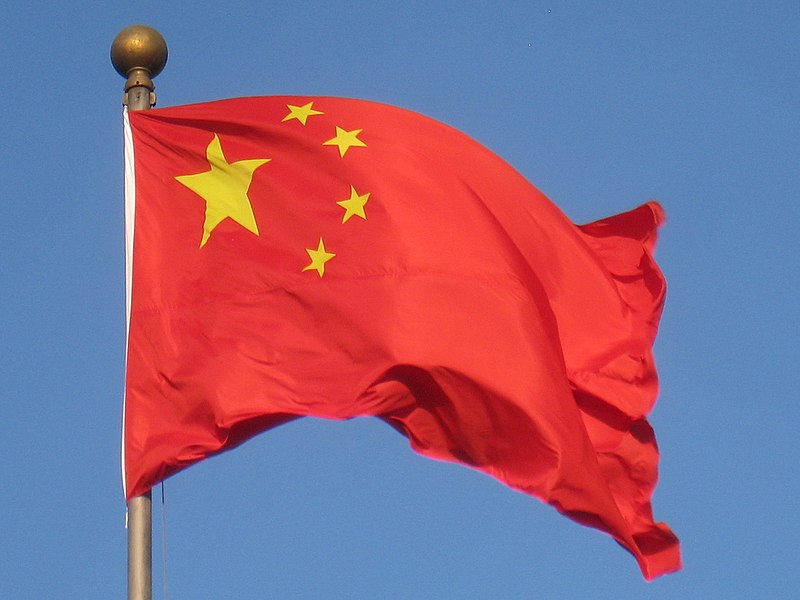 This century-long period of political depravity clearly doomed the Chinese economy. But following Mao’s demise, China began to slowly to thaw. It began experimenting with free markets in such arenas as farming and businesses, leading to the expansion of its private sector economy. The Party didn’t interfere so long as it didn’t threaten the state sector. Ronald Coase and Ning Wang tell the story of China’s economic transformation in an essay based on their book, How China Became Capitalist. b. I don’t think people who live overseas and who I don’t know and whose languages I probably don’t speak should be able to make a living. I think more people, who I also don’t know but who live closer to my house, should be able to make a living. How increasing the input costs for products a business might make and stifling competition in those products accomplishes this I’m a bit hazy on at the moment. That does not alter the fundamental truth of the proposition. We can’t help wondering whether the panic in world financial markets is in part a result of the Trump assault on free trade. For six years, conservatives have been hammering the Obama administration. While the lay observer may decry this seemingly out-of-the-ordinary level of partisanship of late, it must be acknowledged that President Obama himself is arguably the most left-of-center person to hold the office since FDR. This president has pushed, with varying levels of success, some of the most liberal/progressive policies ever to be championed by someone people take seriously. This leaves conservatives with little to actually chew on and weigh supporting for any significant period of time. That all being said… well… we all know the saying about a broken clock.

And that clock currently says it is time for conservatives to come to the defense of President Obama.

This past month, President Obama has been focusing on the issue of international trade. In a shocking departure from his fellow uber-liberals, the president is actually supportive of increasingly liberalized (in the classical sense) trade structures. This comes as the president is seeking to gain Congressional approval of increased trade promotion powers and the Trans-Pacific Partnership (TPP) free trade agreement with Pacific Rim nations.

I’m an unabashed fan of Reason’s Nick Gillespie, but that doesn’t mean he’s always right. In a video released earlier today, he bats exactly .500, making an extremely persuasive case in favor of open trade… and a deeply flawed one regarding open immigration. Take a look for yourself: In political terms, it’s kind of a Mexican standoff. Team Obama says they saved us from another Great Depression. And they point out that 3.1 million jobs have been created in the last 12 months. Republicans counter that this is the slowest post-WWII recovery on record and that real GDP is roughly $2 trillion below potential. They add that the labor-force participation rate is 62.7 percent, a 39-year low, and that there are at least 15 million people who work but can’t get jobs.

Yet both sides may actually come together for a major pro-growth initiative: an Asia-Pacific free-trade deal that will lower tariffs and other barriers. Lower tariffs are lower taxes. Some conservatives may worry that supporting President Obama’s bid for trade promotion authority undermines their criticism of his abuses of the Constitution’s executive power, an angle that was highlighted in a Washington Post story by David Nakamura earlier this week. We needn’t fret about these claimed contradictions, however — they are product of intellectually lazy or sloppy journalists who don’t understand the Constitution’s separation of powers in the first place.

The most important difference between trade promotion authority — informally known as “fast-track” among the trade cognoscenti — and Obama’s unilateral orders on immigration, drugs, healthcare, welfare (take your pick) is that Congress has authorized the former. With trade authority, Congress delegates authority to the President to negotiate the best deal possible with our foreign partners, but he has no opportunity to put the agreement into effect himself. Congress still has an up-or-down vote on the trade deal.

US Constitution – Article 1, Section. 10. “No State shall, without the Consent of the Congress, lay any Imposts or Duties on Imports or Exports, except what may be absolutely necessary for executing it’s inspection Laws: and the net Produce of all Duties and Imposts, laid by any State on Imports or Exports, shall be […]

Gratitude from a Soul Saved
The Ricochet Audio Network