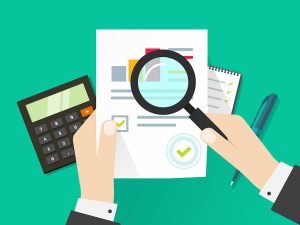 The Trump administration released a thumbnail sketch last week of its much anticipated tax plan, which has generated opposition and support from all the usual suspects. The critics of the plan take the view that the program will generate windfall subsidies for the rich and increase deficits while doing nothing for growth. Its defenders, including Treasury Secretary Steven Mnuchin, claim that the anticipated growth from lower tax rates will override any objections about increasing income inequality.

It is, of course, difficult to make predictions on matters such as economic growth. The overall effect of any tax plan depends not only on the plan itself, but on other government actions, such as spending rates, which have risen inexorably since the end of World War II, and interest rate increases by the Federal Reserve. It puts the cart before the horse to think about growth and deficits before getting the right tax structure into place. Once that is done, the needed response to changes in economic and financial conditions can be handled solely by changes in tax rates. The enhanced stability of the tax structure itself should be positive for growth. And on tax design, the Trump plan offers a mixed bag.

Politics aside, the best tax plan is also the simplest: I have long advocated that the sole source of general revenues should come from a flat tax, preferably on consumption and not income. A consumption tax eliminates the enormous difficulties of separating out capital gains, which are typically taxed at a lower rate, from ordinary income, taxed at a higher rate. If a consumption tax is unattainable politically, a relatively close substitute would be to defer capital gains taxes on any profits that are reinvested in other capital assets. No other forms of ad hoc taxation, such as the notorious medical device tax, should be used to raise general revenues. Kevin Williamson makes the case for killing the corporate income tax. I have argued the same thing. Now as an additional part of KW’s radical tax reform, he would “institute a flat tax on all income, salary, bonuses, capital gains, inheritance, gifts, dividends, whatever.” Then he tells a truth that many flat tax advocates and supply-siders shy away from:

If you’re a deficit-hawk like me, you’ll want to see that one flat rate set high enough to cover what government actually spends every year. And there’s the poison pill: A real flat tax would necessarily mean a very large tax increase on the American middle class. The middle income quintile currently pays around 13 percent per year in real federal income taxes (here I’m combining the income tax and the payroll tax). Figure on doubling that, more or less, if you want a truly flat tax that funds what government actually spends. Full disclosure: I have written critically of the flat tax and gold standard as appropriate policy choices for the modern US economy. Frequently, in fact.