Over the last five years I’ve got into pretty frequent arguments with Trump-supporting conservatives both here and in my daily life. From time to time I will be locking horns with someone who is wholly bought in to one of the new post-fusionist ideologies proliferating on the right, whether catholic integralism, the new nationalism, or […]

If we want to curtail the growth of the federal government devouring all state and local power we need to upgrade our crappy state flags into better flags so people can be prouder of their states and want more control at the more local levels.  Utah’s flag has always been terrible it looks like the […]

Once again, I am starting with the definitions on Wikipedia’s page. Snarky comments in parentheses are mine to indicate what I really think of their definitions. You can find the earlier conversations in this series here and here. 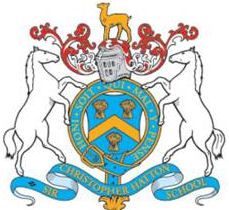 This is the second in our series on Vexillology, and it will be the first substantive one as the first was seeing if anyone had suggestions for what should be covered. Vexillology being related to heraldry, I would like to start off with a bit of heraldry in the common culture.

Writing about history as I do, I often find myself tuning into channels on YouTube that have historical content or snippets, like Claire Ridgway’s This Day in Tudor History. Today’s entry caught my ear, since she mentioned that Sir Francis Drake’s The Golden Hind had originally had another name, but had been renamed to honor one of the investors in the voyage when the vessel made it into the Pacific. That investor was Sir Christopher Hatton, and Ms. Ridgway’s statement in her video was that his “coat of arms” was a golden hind.

Now, you can see Sir Christopher’s coat of arms on his Wikipedia page. You will see a golden chevron and golden sheaves of wheat, but there is no hind. With a little further checking, I found that the ship was renamed after the animal in his crest, which is a part of the full heraldic achievement that hangs out above the shield or escutcheon, which most people refer to as a coat of arms. One can see the crest and motto depicted on the hind end of a reproduction ship pictured on The Golden Hind’s Wikipedia page.

A few months back, one of our Ricochet conversations veered off into an abstruse subject. Now, I know what you’re thinking: “Only one? Well, which one are you thinking of?” Truth to tell, I couldn’t point to the conversation at the moment, but what I do know is that it involved a flag. And the subject that started to be discussed was vexillology. “What is vexillology?” you may or may not be asking.1 The short version is it’s the study of flags, looking at the colors, the symbols, the history, and how the flags are used. Those in the conversation suggested it might be nice to have a series on the subject.

Vexillology is either a branch of heraldry or an overlapping field, depending on whether the person being asked is a herald or vexillologist. It’s difficult to talk about vexillology without also at least dabbling our toes into the deep waters of heraldry, and specifically into the sub-branch of heraldry known as armory. Armory is the part dealing with coats-of-arms and the full heraldic achievement.

Hi all of you, just take your time and step into my office. Yes, it will be a little crowded, but we all pretty much know each other. (If you are new to Ricochet, you are still very welcome.) So my name is Dr. Quinn, Medicine Woman (no relation to Jane Seymour). I’m going to […]

During times when passions run high, many flags may be thrown throughout the course of a day. At the moment, this seems to be complicated by “Flag” and “Like” appearing close enough together on iOS devices that members report accidentally flagging comments when they mean to like them instead. (Thanks, @mattyvan and @brentb67 for pointing […]

With the addition of moderators, there has been a running joke about sending up the Giraffe signal on a thread that needs moderation.  Fine and good.  But I think we need a different signal, or more of a flag that we can throw down when we don’t really need a moderator, just call to reality. […]

“I pledge allegiance to the Flag of the United States of America, and to the Republic for which it stands, one Nation under God, indivisible, with liberty and justice for all.” We just attended my elder daughter’s high school graduation (she made Salutatorian, following in my footsteps of coming in second), and they began the ceremonies […]