Commenter Hagfish Bagpipe at the William Briggs statistician to the stars blog highlights and excerpts this January 2021 medical paper that didn’t seem to attract the attention it should have at the time: “Background: Between March and April 2020, 84 elderly patients with suspected COVID-19 living in two nursing homes of Yepes, Toledo (Spain) were […]

How about something different for Saint Patrick’s Day fare? There is plenty of corned beef hash with boiled cabbage and potatoes on offer at public eateries, ready to be washed down with green dyed light beer, or Guinness and Irish whiskey. This is the first holiday with many bars and restaurants fully open to celebrate since last March. This year, I’m trying other Irish fare: mackerel fish patties made with potatoes, served with fresh baked Irish soda bread. Cabbage will come in shredded as a bed for the fish cakes.

We all have a basic awareness of the deep connection between the Irish and potatoes, see Famine. You should also have a notion that an island nation has a strong sea fishing tradition. Think of Irish or Aran (Island) sweaters, knit originally to keep the fishermen warm on the cold Atlantic waves. You have that image in mind because these simple but elegant home spun sweaters caught the eye of Vogue editors in the late 1950s.

To outsiders, Cambodia has two distinct seasons: the wet season and the dry season. But to the Khmer people, there is a third one, rdauv prohok, a prohok season. Prohok is a fermented fish paste. It is the heart and soul of Khmer and Cambodian cuisines, and yes there is a difference between the two cuisines, but that is a topic for another day. Prohok season generally starts in December and ends in February, coinciding with the fishing season (November to March). This year, the first phase of the season began on December 20 and ended on the 29th.

To understand why a fermented fish paste is so important to our food culture, one has to understand Cambodia’s geography and its dependency on fish. I mentioned Boeung Tonlé Sap, also known as the Great Lake, before in one of my posts here. As the largest inland fishery in the world, the lake has been sustaining the Khmer people since the beginning. It is integral to Khmer food culture (we eat 140 pounds of fish per capita annually, compared to the global rate of 64 pounds). Lives in Cambodia essentially revolve around this abundance of fish, with 45% of the population working in fish related employment during this short peak fishing season. People from all over the country travel to the Great Lake, the Mekong, and every waterway to buy or trade rice for fish to make pha’ak (fish fermented with sweet fermented alcoholic black rice), sun-dried salted fish, smoked fish, and of course to make prohok, to ensure that fish products are available throughout the year. 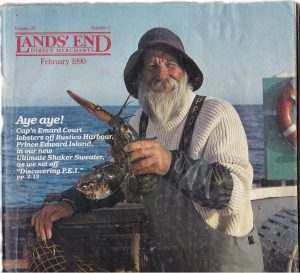 As a boy, one of the great joys in life of which I have fond memories is of going fishing for perch on the Oregon coast with my dad. Though a lot of fun, this is never really an easy endeavor for a young boy. A coastal fishing trip always involved waking up very early on a Saturday morning. In hindsight, it was worth it. At the time, as a boy it was hard to appreciate getting up at 5 a.m. on Saturday for anything other than Saturday morning cartoons.

The reason for such an early wake-up time was because there are really two things you need to successfully fish for perch. The first thing you need is a good supply of sand shrimp. The sand shrimp is a nearly transparent pale or ash grey shrimp that can be found in the shallow areas of the ocean buried within the sand. We’d get up early to catch low tide. Then we could walk out into the sands normally under the waves and pump out the hiding shrimp.

As the sun traveled westward a single tear dropped slowly down the old man’s face. He stared transfixed. Diamonds seemed to float atop the surface of the lake. He’d fished the lake for nearly thirty years, but he’d always been busy with the trout, unaware of the revelation atop the waters. He tried to add […]

Lent and nostalgia lured me to McD’s today for a Filet-o-Fish, the fast-food Friday alternative o’ my childhood.  I hadn’t been there in a while and apparently, they’d remodeled in my absence.   A few registers remain up front for people paying in cash but there are now 4 large kiosks out on the main floor […]