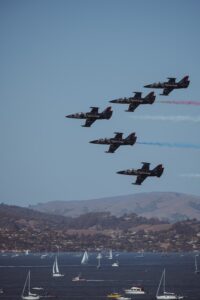 Am I the only one who’s noticed how Gov. Ron DeSantis is taking even more flak than usual over his transporting migrants to Martha’s Vineyard? Why haven’t Gov. Abbott of Texas or Gov. Ducey been receiving their share of flak?

Now the illegal migrants are being represented by attorneys who claim that offers made to the migrants were fraudulent.

So what’s really going on? I was just reading in the WSJ’s Best of the Web newsletter that the FBI is refusing to help the State Department “retrieve” the deleted emails from the Secret Server operated by then SOS Hillary Clinton. Here is the stupid question: Why can’t the FBI give the State Department clone(s) of the hard drive(s) that […]