Since this is an era when many people are concerned about ‘fairness’ and ‘social justice,’ what is your ‘fair share’ of what someone else has worked for? – Thomas Sowell A question especially valid this week, when Biden announced a massive transfer of wealth from the working class to the upper class, in the form […] 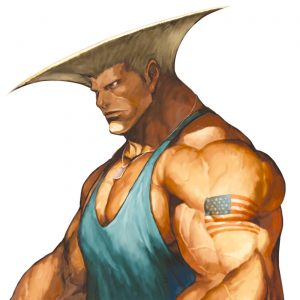 My husband was watching some commentary on loan forgiveness. The talking heads kept reiterating that this wasn’t “compassionate” because it isn’t “fair” to the people who paid off their loans.

Regardless of your feelings regarding that particular policy, I want to dispel this ridiculous idea that Compassion = Fair. In observing what little I can tolerate of the impeachment proceedings, I have watched the Democrats repeatedly act with impunity. I continue to wonder how Adam Schiff, Chairman of the House Intel Committee, can repeatedly lie, mislead, and violate the rights of others, and people just throw up their hands in exasperation, with no indication […] “The truth is most conservatives are fine accepting apologies for dumb stuff said or done years ago. Unfortunately, liberals refuse to forgive conservatives so we have no choice but to do the same to you. It doesn’t have to be this way. We only ask for one standard.” – Chris Barron (2019-09-18)

It’s not from an extremely famous figure (he is a Fox Business contributor). It’s not an extremely pithy one-liner.  In that tweet, however, you have the summary for so much of the current situation in the GOP.

As a child, I would get so annoyed with my mother when she would tell me, “The world isn’t fair.” She believed that with all her heart because her life experiences had taught her that truth. She had been knocked down many times, but always managed to pick herself up. She learned, after a while, that many of her disappointments came from her own choices; she also realized, however, that things didn’t always turn out the way she wished they would have.

As a person who lives pretty much on the optimistic side of the worldview scale, you might be surprised to see that I agree with my mother. No matter how I want things to be, it’s sometimes a coin flip to see how they turn out. And most of the time when they don’t pan out, it’s not that important or I can learn from the experience. Left-wing zealots have often been prepared to ride roughshod over due process and basic considerations of fairness when they think they can get away with it. For them the ends always seem to justify the means. That is precisely how their predecessors came to create the gulag. – Margaret Thatcher

It appears we are seeing this play out in this week’s news, but it has been a problem for years. Certainly since the Department of Education changed standards on sexual assault accusations on campus.