An exercise in “journalism” from a local “news” station:

While vaccinations have provided a much-needed light at the end of the tunnel, health officials across the country warn that just because someone has the shot doesn’t mean they’re 100% in the clear right after vaccination. 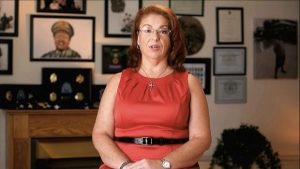 Working out at the gym this morning, I decided to torture myself watching one of the cable networks on TV. It was clear that MSNBC was following its usual agenda of attacking Donald Trump after his speech last night. Their game plan was to “fact check” the things he said. I don’t normally watch the station, but I was puzzled, then hopeful that their reporting might make a positive difference—for Republicans.

The first thing I noticed is that they weren’t fact-checking. They were weeding out the hopeful statements that Trump was making about the future. For example, they ridiculed his comment that there would be a vaccine by the end of the year—maybe even before then. Since I assume that they don’t use a crystal ball to conduct their fact-checking, why would they call that a lie? Do they know something that the rest of us don’t know?

With all of the wild distorion in the media, bias in Google search, and censoring on social media, does anyone have tips on checking their facts, statistics, and sources? Any recommendations for news and political issue sources that have reliable information?   Preview Open No less than King Arthur himself (in Monty Python’s telling, that is) was subjected to ruthless, disinterested — nay, uninterested — fact-checkers, even in a cause so great as the quest for the Holy Grail:

ARTHUR: We have ridden since the snows of winter covered this land, through the kingdom of Mercea, through–

GUARD #1: Where’d you get the coconut?

Having a Lefty Lock on the Education system isn’t enough. Why stop now?, There’s Millions that need a good cleansing . Via the owler.com & USA Today Preview Open