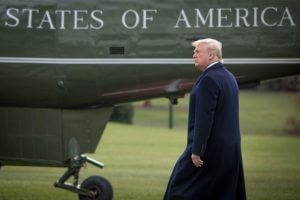 It has certainly been a bad week for Donald Trump in the legal arena, as his many opponents and detractors have launched multiple criminal investigations and civil lawsuits against him in New York, Georgia, and elsewhere. But his worst moment was the Supreme Court’s eight-to-one drubbing in its short decision in Trump v. Thompson. Over the lone dissent of Justice Clarence Thomas, the court refused to entertain Trump’s claim of executive privilege, relying heavily on a similar decision of the Court of Appeals for the District of Columbia Circuit which deferred to the House’s demand that a thorough investigation of the events that led to the Capitol riots/insurrection of January 6,, 2021, necessitated a refusal of the privilege. I think that both anti-Trump decisions are seriously in error. A visceral dislike for Donald Trump offers no grounds for making sound policy. The Supreme Court should reconsider its brief and hasty decision, which poses a genuine threat to the political stability of the presidency.

I am no Trump partisan. As early as February 2017—to much overt pushback—I asked publicly for Trump to resign for the good of the country. His divisive personality has created intolerable political confrontations, and all too often he put his enormous ego ahead of any decent conception of the public good. The (vain) hope of that exhortation was to make Mike Pence president of the United States. The plea was always tricky because contending with Trump’s multiple gyrations made it necessary to accept or reject his specific decisions under the principle of “Trump à la carte.” A man who can be deeply misguided on foreign trade and immigration nonetheless did very well, in my view, in his environmental responses to global warming and in certain key foreign policy decisions, such as moving the US embassy to the Israeli portion of Jerusalem and orchestrating the complex political deal between Israel and several Arab nations, thereby undermining the major Palestinian roadblock that had stood in the way of improved Arab-Israeli arrangements generally. So by 2020, I endorsed Trump over Joe Biden—a call that I do not regret.

Going forward, however, the nation and the Republican Party will suffer a devastating blow if an aging Donald Trump continues to harbor any pretensions for a second term. Such a nomination quest would block the emergence of younger Republican candidates and tar the party with his senseless confrontational posturing. Right now, Ron DeSantis looks like an obvious Republican front-runner, and Rich Lowry is right to exhort DeSantis to learn from some of Trump’s major shortfalls. These are not-so-subtle hints to Trump that he should gracefully step aside in the next presidential election—a suggestion he seemed to internalize by, thankfully, keeping a low profile during the 2021 Virginia gubernatorial election when Republican Glenn Youngkin edged out Terry McAuliffe.