MI senior fellow and CJ contributing editor Nicole Gelinas joins Brian Anderson to discuss New York’s promotion of vice, the downsides of gambling and legal marijuana as an economic-development strategy, and the results of the 2022 midterm elections in the Empire State. In early October, news broke that Maricopa County Assessor Paul D Peterson had been indicted in a massive adoption and immigration fraud case. As the state and local government cast about for a legal way to remove this elected official from his office, I quickly captured his official biography.* He brazenly touted his adoption activities, apparently secure in his status as a fifth generation Arizonan and a staunch member of the Republican establishment.

This is the first installment of a series on “Bridging the Dignity Divide.” Over the next six weeks, Banter guests will address topics such as ending the opioid epidemic, expanding career and technical education, reintegrating the incarcerated into society, and promoting work and family formation to overcome poverty. This series is part of a broader institutional push to help close the dignity gap by creating a culture and economy where everyone is needed. The links below provide more information on AEI’s work promoting dignity.

I find the logic of this nearly unassailable. Just as there’s no inherent reason why the alcohol trade should be violent, there’s little inherent reason why the market for other intoxicants should be. Give people the opportunity to work within the confines of the law — and to enjoy its protections — and the worst sorts of behavior become unnecessary. Deny them those confines and protections, and we quickly descend into a petty Hobbesianism that drives out all the nice guys and rewards the worst.

From Robert VerBruggen, at Real Clear Policy, this simple graph: Well, it looks like the Weed Wars are back in California. We will likely see an initiative to legalize marijuana on the ballot in 2016 and it could be an issue that even affects the presidential race.

Rolling Stone has a long piece on the issue in their upcoming edition. I think it gives a good indication of the types of arguments the pro-legalization side will make. Their strategy is similar to that of gay marriage proponents: You should vote for this because…shut up. This is inevitable and so there’s no point in stopping what is bound to happen. 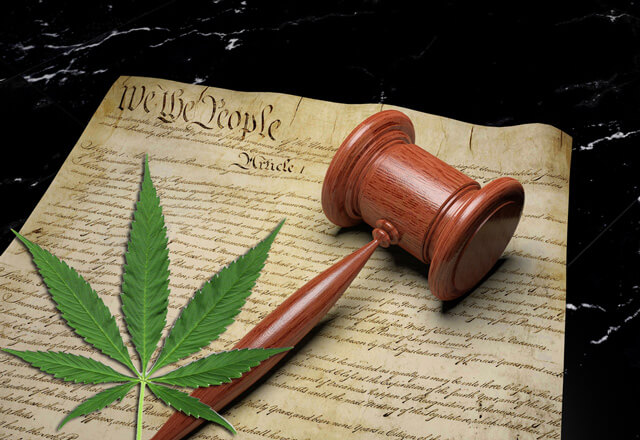