Yes, Thanksgiving is in the rearview mirror, but it is still worth considering its message: giving thanks for what we have; being grateful.  It is also worth considering gratitude’s flip side: ingratitude, which mostly comes out in the form of complaint. 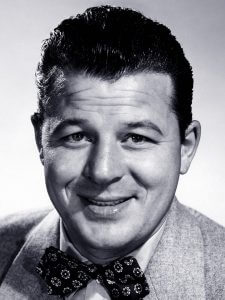 Rechristened Doris Day because Doris von Kappelhoff was a mouthful and a bit of a stretch for a marquee, she began her career singing on WLW (The Nation’s Station) in her hometown of Cincinnati, Ohio. At that time, WLW had a habit of taking local acts and turning them into national sensations. Besides Day, WLW launched the careers of Rosemary Clooney, Andy Williams, and the Mills Brothers. It was in Cincinnati that she hooked up with Les Brown and his Band of Renown. Their partnership resulted in her first number one hit, Sentimental Journey.

The following question was raised by Marketing/Research guru Josh Jordan on Twitter recently: “What person (celebrity, politician, writer, etc) from pre-Twitter days would’ve been an insanely great follow had they been able to tweet?”

The one name that kept popping up was Dorothy Parker (1893-1967), the acid-tongued lady of the Algonquin Round Table fame. Parker, whose most famous quip was probably “What fresh hell is this?” was once asked to use the word “horticulture” in a sentence  and she replied, “You can lead a ‘horticulture’ but you can’t make her think.”

Are Masks Useful After All? Not Likely.
Saint Augustine · 22 Likes