That’s according to the Department of Homeland Security. The DHS considers anyone who 1) claims the election was stolen, 2) advocates for early Covid treatments like Ivermectin or 3) acknowledges vaccine injuries are a dangerous reality, should be considered domestic terrorists. There are more categories that will get you on their radicals watchlist but those […]

Katie Benner has gained a certain level of notoriety in these parts. She’s the New York Times reporter who informed the 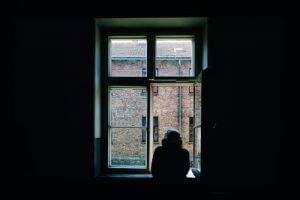 nation through her tweets that Trump supporters were a threat to national security; eight hours later she must have had second thoughts and deleted the tweets. But I couldn’t help thinking about all the people who genuinely believed that her perceptions were legitimate; that she was telling a truth that others agreed with, just because she was a “journalist with the New York Times.” Then I began to wonder what it would be like if I were considered to be a threat to this country. At first blush, that accusation seems ludicrous; for one, I’m only a marginal supporter of Donald Trump. But given the direction this country is headed, should I contemplate the reasons a person might contrive a persona for me that makes me an enemy of the state?

I decided to work my way through this exercise and to see where it might lead me. At the end of the process, I have to admit that I felt just a bit uneasy.

We’re hearing the term “domestic terrorism” tossed around a lot these days. It seems to be a hot topic for the Left and the Right, even though people don’t really know what it means. In addition, there are indications that we may be getting closer to broadening the definition of domestic terrorism, and if that happens, it doesn’t bode well for anyone in this country.

So, what is domestic terrorism? Rioters attempting to establish an AZ in Portland.

Striking a welcome contrast to the Seattle experience, Portland greeted rioting Antifa terrorists in a more appropriate manner. From the Washington Times:

Black community leaders decried Friday the protesters who wreaked havoc on a predominantly minority Portland neighborhood in an attempt to set up a Seattle-style autonomous zone, telling the rioters to “get your knee off our neck.” Scott Adams has put out a call for a comprehensive list of domestic terror attacks, the victims, the crime, the perpetrators and from which side of the aisle they all come from. He wants details of what side did what to whom from the same source; comparing SPLC numbers and stats to Breitbart’s would be […] Following the most recent attempted terrorist attack in New York, we’ve seen a flurry of speculation and assessments on whether domestic terrorism can be stopped or even mitigated. I’m beginning to think that every time we enact new legislation or try to fill out the profile of a domestic terrorist, we are spinning our wheels. In some ways, our efforts to stop terrorism in our country have been successful. But I have to wonder, does a strategy make a difference or are we just lucky?

We have learned a great deal as Jackie Anderson explains in her article about the domestic terrorist; a fairly consistent profile has been created:

Former assistant secretary of state Kim Holmes confirms that these traits exist, and that many terrorists radicalized in the United States are young men born overseas and brought over by chain immigration or through the gravely flawed visa lottery. Many more, he says, are the product of Muslim parents born overseas who emigrate to the United States but refuse to assimilate, fostering feelings of alienation and resentment and making them prime targets for radicalization.

Of all the stupid, asinine, and nasty things hard left idiots have done in the last several years, nothing makes me nearly as spitting mad as this does: Late Sunday morning, hundreds of Civil War reenactors concluded their battle on a rolling patch of grass 80 miles west of Washington. Preview Open