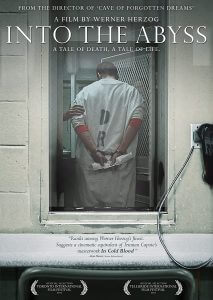 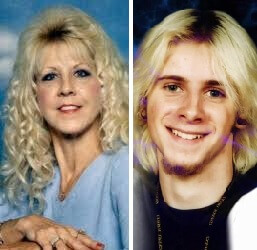 Conveying the enormity of the crimes is achieved not by dwelling on the gruesome details of the act itself, though Herzog doesn’t shy from showing police footage of the crime scene where we see a rug placed to hide a pool of blood on the floor, though the wall and door frame are spattered. Most haunting is the kitchen counter across from a TV left on for days. Cookie dough sits in scoops on a sheet, an eggshell next to it, a cookbook cracked open nearby—it was a normal day. The interviews following this footage make apparent the actual toll of the murders. Lisa Stotler-Balloun, daughter and sister of the victims, tells how after Sandra’s body was found and Adam was still missing, she was alerted her brother had been admitted to the hospital, only to find out it was Michael Perry using Adam’s ID after he murdered him. She got rid of her phone. “All it ever brought me was bad news.” After agreeing Jesus probably wouldn’t have supported the death penalty, it’s no surprise she then questions His judgment on the matter.
END_OF_DOCUMENT_TOKEN_TO_BE_REPLACED END_OF_DOCUMENT_TOKEN_TO_BE_REPLACED

Last night, I left the dirty dinner dishes until later, to sit and watch the new 90-minute (no commercials) KOMO News documentary, The Fight for The Soul of Seattle.

This is a must-watch for anyone interested in the goings-on in the Leftist Republic of Seattle. It will certainly evoke many emotions, from anger through surprise and pity. Remember my post on Seattle committing slow suicide? It was slightly ahead of its time. The documentary was quite thorough in describing all the adverse changes happening in Seattle. In my opinion, only one subject was left out:  interviews with ordinary citizens of all parts of Seattle, asking them whether they regret voting for the ones who are responsible for the downward spiral of their city.

One case in point: Leonardo DiCaprio.  Did you know that the world-famous actor and climate activist is guilty of promoting white supremacy?  Neither did most people, but after all, he is white, rich and powerful, so it just stands to reason, right?

The number of documentaries one can watch on YouTube for free is staggering, including some of the classic art documentaries the BBC released between 1969 and 1980. The impetus for finding them online was the news that a new Civilisations (yes, the English spelling) series was being released, and as this YouTube comment relates, it’s […]

Many of you know that I’ve been researching, writing, and speaking for the past thirteen years about the history of GPS. I recently wrote an article about a new GPS documentary which may be of interest. I submitted two exhibits and appendices which were excluded from the published article; I can add them in a […] 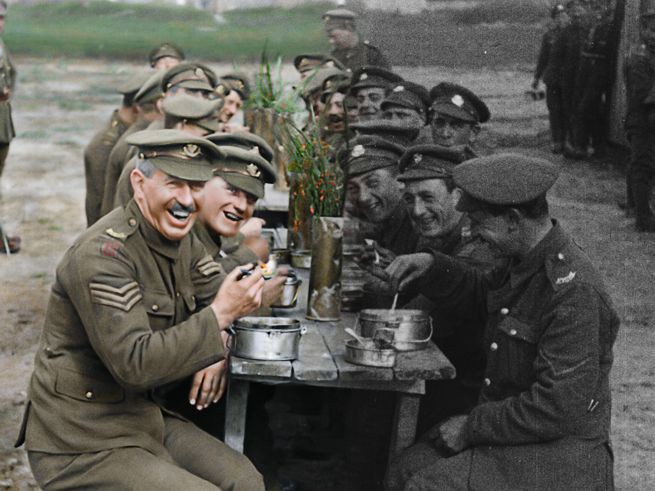 Many thanks to Ricochet member @ejhill for alerting us in advance, from Britain, to the December US Fathom event showings of Peter Jackson’s World War I Centennial documentary, They Shall Not Grow Old. His review put the film on my “must see” list, @she provided a helpful reminder to the community on the first day of the December showings, and @eb provided a brief review. Viewing the film in 2D (it is also available in 3D) prompted reflections on renovation and invited contrast with other war documentaries. Ken Burns’ Vietnam War PBS series especially came to mind, starkly contrasting with Peter Jackson’s big screen documentary.

I respect EJ Hill’s technical assessment but have a slightly different view. Viewing the entire film in 2D, I cannot comment on any 3D issues. Aside from that disclaimer, I wholly endorse Peter Jackson’s vision and technical decisions. If you were turned off by Mortal Engines or soured at some point in the six episode Middle Earth franchise, know that all that money and technical talent has been harnessed to faithfully bring to life the Great War that was said to have inspired Tolkein’s stories.

The official They Shall Not Grow Old webpage sets out Peter Jackson’s vision:

There was recent discussion of the film Foxcatcher on here, concerning the fact that it never mentions John DuPont’s mental illness as his motivation for killing wrestler Dave Shultz. I have not seen that, but last night I watched the new Netflix documentary film Team Foxcatcher. I recommend it, especially for those who saw the […]

The Devil at Your Heels (1981) This is the greatest documentary ever released by The National Film Board of Canada. ‘The Devil at Your Heels‘ was released in 1981 that chronicles five years of frequent attempts made by stuntman/daredevil Ken Carter to jump a rocket-powered car one mile over the Saint Lawrence River into the United […]