Commander Salamander may not be Elon Musk or Lady Gaga, but he’s a minor celebrity in the national defense space. So this gave me a little thrill. 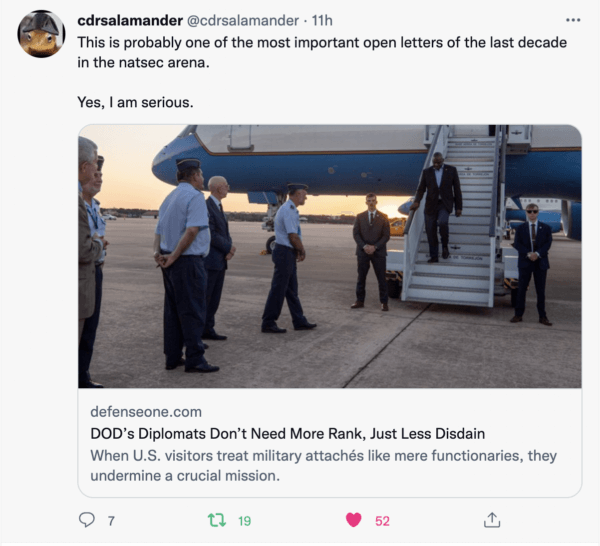 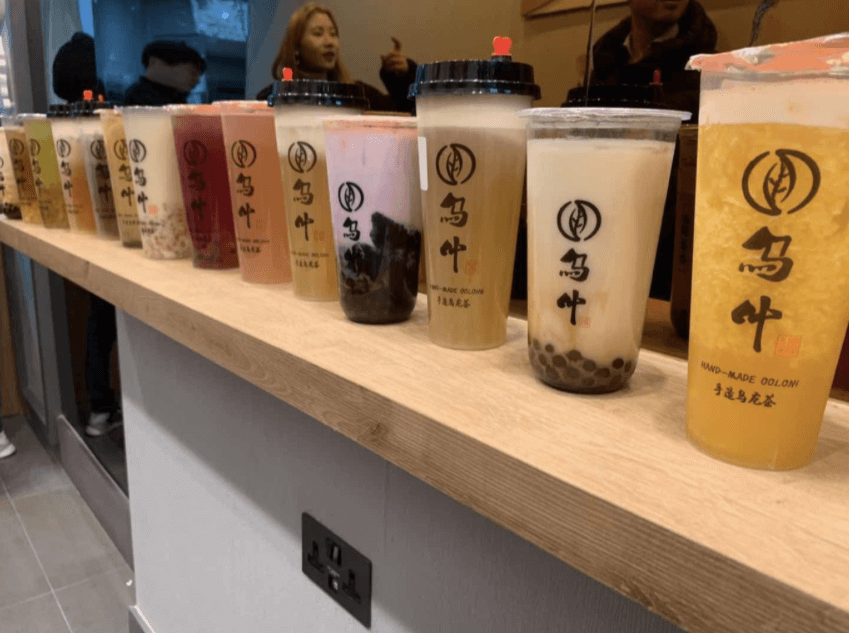 It would please me greatly to be able to say, “Then I heard that the 1494 Treaty of Tordesillas was superseded by the 1750 Treaty of Madrid.” Well, I didn’t hear it, I read it. But to those who get to mingle with those who do say it, I say: enjoy yourselves! You’re in a […]

Britain is all atwitter about their Ambassador, Sir Kim Darroch, and his leaked diplomatic reports back to London on his take on Donald Trump. The take was none too flattering, basically cut and paste from the Washington Post and New York Times. Among the more common comments are along the lines of whoever leaked this […] “Do you not know, my son, with how little wisdom the world is governed?” — Axel Oxenstierna, in a 1648 letter to his son Johan Oxenstierna, who was negotiating at the Peace of Westphalia

The wise statesman (and the Count of Södermöre certainly earned that title – he was respected across all Europe) rapidly realized that many of the leaders of the world are fools, even more so than oneself.  This realization is alternately a relief and utterly horrifying. With more than $1 billion in debt to China, last year Sri Lanka handed over a port along with 15,000 acres of land to companies owned by the Chinese government. China is stepping up its public diplomacy efforts to win friends and influence people in the Asia-Pacific region. According to a new study released recently by AidData from the College of William and Mary, from 2000 to 2016, China spent more than $48 billion in the region, 95 percent of which went to infrastructure investments.

The study found that China has tailored its strategy for different receiving countries based on local factors such as internet penetration, the size of the Chinese diaspora, and popular discontent. The target audience for China’s public diplomacy efforts in a receiving country includes public officials, civil society and private sector leaders, journalists, academics, students, and other relevant socioeconomic or political sub-groups. By now, it shouldn’t be a surprise that Christians are being exterminated in the war-torn countries of the Middle East. But a couple points in this interview by EWTN’s Raymond Arroyo of an Iraqi Christian priest stand out.  Preview Open

French President Hollande took a firm stand for French culture:  The meeting [with Iranian President Rouhani] was supposed to take place over lunch – normally served with an array of French dishes and a top-grade wine vintage as well as cheese. France is hugely proud of its culinary credentials, with its gastronomic meal recently pronounced […]

Central Asia, the -stan countries that speak Turkic or Persian languages and use the Cyrillic alphabet, was a prominent and strategic region of the world in the past–think Tamerlane and his Mughal scions. This article makes the case that it is returning to strategic importance. It has a kind of blame-the-west tone, but touches on […]

As you might have already heard, from the Washington Examiner:  A Russian air force jet was shot down after it violated Turkey’s airspace, according to unconfirmed reports. Witnesses say they saw a large explosion in Huraytan, northern Syria, as three fighter jets flew above. Preview Open