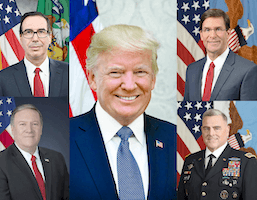 For at least the foreseeable future, trying to apply deterrence to our international threats is apparently off the table. President Biden continues to pursue incoherent and feckless words and actions that send a confusing message, particularly to Russia, but to any regime that would exult in the demise of our position on the world stage. […] Victor Davis Hanson explains the fundamentals of deterrence, looks at historical examples of its failures and successes, and examines how the Obama Administration has failed to use the strategy.

Listen in above or subscribe to The Classicist podcast through iTunes.