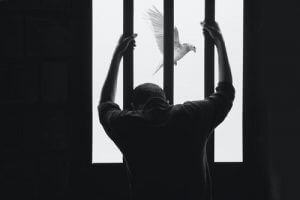 A recent event got me thinking about apologies. Apologies can be a lot of things. Some people seem to apologize for living, using it as a form of social lubrication like “Please” and “Thank you.” They pass apologies out without thought like one might shake pepper onto eggs. These apologies might be sincere, but neither deeply thought about, nor long remembered. They are the accidental-stepping-on-your-foot apologies: “So sorry! I can be terribly clumsy.” Or they are the apologies for the vagaries of life: “So sorry it rained.” or “So sorry you didn’t enjoy the movie.”

Others might use apologies as a peace offering. The spouse is in an uproar over something? Let’s try to ratchet down the temperature. What’s that I’m supposed to say to do this? Oh, yeah, “I’m sorry, dear. It’s all my fault.” Some such apologies might be sincere, but I’m betting most are not. They are sincere peace offerings, but not sincere apologies. Not many people are going to be willing to sustain a long-term state of war over small things that don’t matter to them that much, and if a little lie helps get things moving again, they’ll do it.

Just when you thought that Jenny Durkan’s statement that she was going to “work with” the Urban Terrorists occupying territory on Seattle’s Capitol Hill to end the occupation, those doing the occupying beg to differ.  The title of the KOMO story today is: Preview Open

Jim Geraghty of National Review and Greg Corombos of Radio America dissect three crazy stories related to the confirmation battle over Supreme Court nominee Brett Kavanaugh.  First, they’re baffled by the normally measured legal expert Ed Whelan laying out a possible case of mistaken identity in the alleged assault of Christine Blasey Ford and even offering another name based on where he lived and the floor plan of his house.  They also roll their eyes as Ford’s legal team makes a series of demands before testifying, including the absurd conditions of making Kavanaugh testify first and not allowing committee lawyers question their client.  And they shake their heads as President Trump, after a week of remaining remarkably silent on the issue, suggests on Twitter that Ford would have immediately told police if the attack on her was as bad as she says it was.

ESG Will Soon Be Targeting You
Susan Quinn · 24 Likes

Personal Wonderfulness is Bad for America
The Ricochet Audio Network