“I reined hard during the night and there was a part of the night, between 2 and 6 A.M., that was the loneliest I’ve ever spent.  I do not know if you understand what it means to have troops out ahead of you and then have them withdrawn and be left with a town, a […] 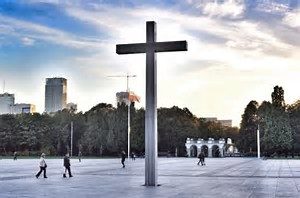 Poland is fighting against a powerful tide – more like a tidal wave. The leadership is fighting for its sovereignty, freedom, and the heart and soul of a country that has suffered so much. Does that sound familiar?  The European Union is not amused.  Maybe it is because Poland only threw off the stranglehold of communism in 1989, and they remember the oppression.  That’s only 32 years ago.  Can you imagine for a moment if the United States was only free for the last 32 years?

Poland’s Constitutional Tribunal has ruled that Polish law takes precedence over European Union law. The landmark ruling, which seeks to reassert national sovereignty over certain judicial matters, has called into question the legitimacy of the EU’s supranational legal and political order.

Does the cancellation of 18th-century philosopher David Hume portend ill for the future of Western civilization? Jack brings his National Review colleague Daniel Tenreiro on to discuss. A beautiful imagining of the Kingdom of Zeal (The original was 16-bit graphics) Let us turn the clock back a few decades. A much younger OmegaPaladin turns on his Super Nintendo with the cartridge labeled Chrono Trigger inserted, to immerse himself in a story of heroic deeds across time. After a challenging boss battle, he […]

(Click on the above image or click HERE to view the video) Feminist intellectual Camille Paglia has observed that when civilizations are in their final stages their art suddenly goes limp. Heroic portrayals of masculinity are replaced with wan, androgynous figures. These are the artistic signs that a society no longer believes in itself and […]

Songs on the Death of Children.  In his book The Devil’s Pleasure Palace, Michael Walsh opines that the German Romantic Movement of the late 19th and early 20th Century, foretold the decline of Western Civilization.  Two stories in the news today perhaps reflect how far we have fallen.  Both stories are horrifying. Dad Admits Killing […]