“I’ve come to believe that a hidden future is one of God’s most merciful and exciting gifts,” he once wrote, expounding his theory of never taking anything too seriously. “We can live in a state of chronic despair, or we can live with faith in the future, even though it is hidden from us.” 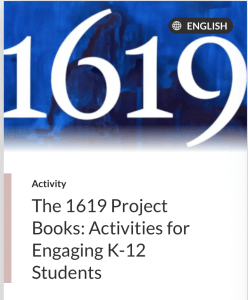 Well, I would say the governor’s race in Virginia was decided based on the success of a right-wing propaganda campaign that told white parents that they needed to fight against their children being indoctrinated as race — as being called racists. But that was a propaganda campaign. And there are a lot of Black parents in Virginia. There are a lot of Latino parents in Virginia. And they were not being featured in that coverage. And what they wanted for their kids’ education, which is more teaching about race, more teaching about the history of racism, seemed to have fallen on deaf ears. So I think we should frame that question properly. And I don’t really understand this idea that parents should decide what’s being taught. I’m not a professional educator. I don’t have a degree in social studies or science. We send our children to school because we want them to be taught by people who have an expertise in the subject area. And that is not my job. When the, when the governor or the candidate said that he didn’t think parents should be deciding what’s being taught in school, he was panned for that. But that’s just the fact. This is why we send our children to school and don’t homeschool, because these are the professional educators who have the expertise to teach social studies, to teach history, to teach science, to teach literature. And I think we should leave that to the educators. Yes, we should have some say. But school is not about simply confirming our world view. Schools should teach us to question. They should teach us how to think, not what to think.

I don’t really observe Advent – I’ll be honest, I’m not even completely sure when it takes place or how long it is or what you’re supposed to do – but I am reading an Advent devotional this year! It’s called Love Came Down at Christmas, written by Sinclair B. Ferguson, and it focuses on 1 Corinthians 13 and how Jesus exemplifies each of the aspects of love given in those verses. Today’s quote comes from the chapter I read yesterday, on “Love… does not rejoice at wrongdoing but rejoices with the truth”:

“In [Jesus’] coming not only did the righteous die for the unrighteous, but the Truth conquered the lie. When we see this, we understand why it is that ‘love… rejoices with the truth.’ It isn’t simply a matter of wanting to tell the truth. It is that we have come to know the truth, and it has set us free.” 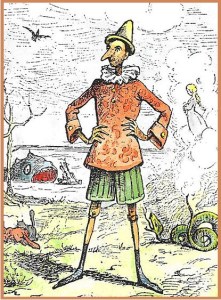 “Above all, don’t lie to yourself. The man who lies to himself and listens to his own lie comes to such a pass that he cannot distinguish the truth within him, or around him, and so loses all respect for himself and for others. And having no respect he ceases to love, and in order to occupy and distract himself without love he gives way to passions and coarse pleasures, and sinks to bestiality in his vices, all from continual lying to other men and to himself. The man who lies to himself can be more easily offended than any one. You know it is sometimes very pleasant to take offense, isn’t it? A man may know that nobody has insulted him, but that he has invented the insult for himself, has lied and exaggerated to make it picturesque, has caught at a word and made a mountain out of a molehill—he knows that himself, yet he will be the first to take offense, and will revel in his resentment till he feels great pleasure in it, and so pass to genuine vindictiveness.” — Fyodor Dostoevsky, The Brothers Karamazov

So speaks Zosima, the clear-eyed realist, lover of life, Russian Orthodox Elder, and moral center of Dostoevsky’s last novel, to Fyodor Pavlovitch, the drunken, clownish, deceitful patriarch of the Karamazov family.  Of course, Zosima’s advice falls on deaf, or at the very least, unreceptive ears, as such advice usually does. (I think, generally, advice like this is most heeded only where it’s least needed.)

I do believe that there are very few times when it’s permissible to lie to others without doing injury to one’s soul: In response to the “does this dress make my butt look fat?” sorts of questions, or perhaps a small lie that allows a person almost at the end of his life to pass along more peacefully than he otherwise might.  I could be wrong about that, but it’s what I think. 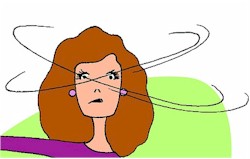 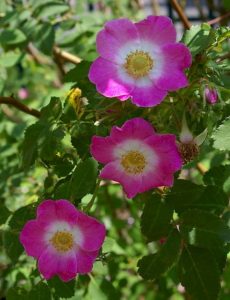 God gave us memories that we might have roses in December–J.M. Barrie

It’s a lovely sentiment, isn’t it?

Unfortunately, not all our memories come up roses (pace Ethel Merman):

Lord.  I post the following not as excusatory, merely as informatory: It’s been a hell of a couple of weeks here at Chez She, not so much a matter of focusing on what’s more–or less–important in my life as it has been of just trying to muddle through.  I’ve had sanguinary and destructive chicken wars, […]