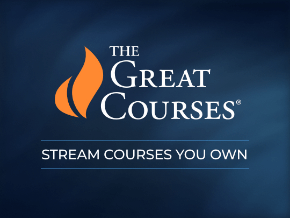 I write a weekly book review for the Daily News of Galveston County. (It is not the biggest daily newspaper in Texas, but it is the oldest.) My review normally appears Wednesdays. When it appears, I post the review here on the following Sunday. Book Review ‘The Eighth Arrow’, a brilliant mix of wit, Homer and Dante […]

Over the course of my life, there have been many books that have had an impact on my life, but I’d have to say that The Divine Comedy probably stands out among them, and of the three parts, each part called a Cantica, that comprises Dante’s epic, the middle part, Purgatorio, had a perception altering […] In this week’s Podcast From Hell, Rob Long made the stunning admission that he never read the Italian side of his college Dante book – putting his Ivy bona fides in severe jeopardy.  This admission came during an interview with Rod Dreher, author of How Dante Can Save Your Life: The Life-Changing Wisdom of History’s Greatest Poem.

In this interview, Rod mentions how, during a dark period of his life, he was struck by the opening lines of the Inferno:

Midway upon the journey of our life

How Breezewood Got That Way
Jeff Ditzler · 33 Likes

Who Are You to Question Your Savior?
Dr. Bastiat · 30 Likes

The Week That Really Was, Ep. 15
Marjorie Reynolds · 12 Likes

This is my Story!
Bob Thompson · 33 Likes

Was There a Mil/Intel Coup Against Trump and No One Noticed?
Ekosj · 27 Likes

It Started at the Hinky Dinky Supermarket in Lincoln, NE
Bob Thompson · 23 Likes

This Will Make You Smile (I promise!)
The Ricochet Audio Network

The Week That Really Was, Ep. 15
The Ricochet Audio Network

Another Reason to Watch Movies at Home
The Ricochet Audio Network