“The nation which can prefer disgrace to danger is prepared for a master and deserves one.” – Alexander Hamilton

A recent poll revealed if the United States were invaded, 55% of those polled stated they would flee the United States rather than fight to defend it. Naturally, the percentage of those who would flee was greatest among Democrats and lowest among Republicans. (That three-quarters of the Democrats would flee is unsurprising as that party is split 3:1 between grifters and dupes, and grifters always run when their grift ends.) Some people found that discouraging. I did not; rather the opposite. While only 55% staying and fighting might be lower than it was 70 to 50 years ago, it is certainly consistent with historical percentages – and maybe a little higher.

“The nation which can prefer disgrace to danger is prepared for a master and deserves one.” – Alexander Hamilton

Hamilton wrote this in the context of the Quasi-War with France and the Barbary Wars against North African states. A nation unwilling to defend its rights and borders soon gets conquered by foreign states and ends up ruled from afar. Or, having paid the Dane-Geld, discovers they never get rid of the Dane. 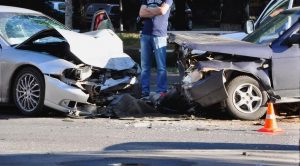 Yesterday he thought he could sneak into my office without detection. He had no idea what he was up against. Although I lost him temporarily, I knew he’d be back. They just can’t stay away.

Sure enough, there he was this morning! He wasn’t going anywhere on my watch. Frantically I threw everything off the lower shelf of my bookcase. There! I lurched at him with a towel, but to no avail. But I was determined. I decided I’d have to catch him with my bare hands.

I am very fond of Daniel Silva’s thrillers, about his Hero, Israeli Intelligence Operative (and now head honcho), Gabriel Allon. Gabriel has worked tirelessly for his country, eliminating terrorists of every stripe, all over the world. His first wife, Leah, who for years has lived in a psychiatric hospital in Israel, was made insane by […]

Building a Base
EJHill · 11 Likes