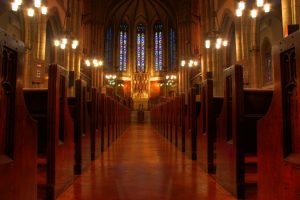 Meghan Daum is the author of The Problem with Everything: My Journey Through the New Culture Wars, in which she examines her own cognitive dissonance as a liberal and a feminist, and her feeling of alienation in today’s cultural climate. She and Bridget discuss how society has changed dramatically in the last 10 years, the gulf between Gen X and Millennials, coming of age in a culture where there’s a conversational chokehold happening and what the effects might be, and the death of cultural gatekeepers. They dive into the minefield of being writers in the age of social media when a provocative piece can get you cancelled, reminisce about growing up reaping the benefits of the feminist movement that came before them, explore why learning to stick up yourself is such an important skill for a woman to have, and wonder what happened to the “life isn’t fair” philosophy that they were raised with. It’s a fascinating conversation between two women on the front lines of the culture war who still believe that nuance is something that should not be vilified.

Zuby, rapper, musician, podcaster and author, stops by during his whirlwind tour of the United States. Son of Nigerian immigrants, he talks about his upbringing in Saudi Arabia and the UK, and the perspective on the world it offered him. He and Bridget cover the role of masculinity in today’s society, why the concept of “thought crimes” is so chilling, the rise of secular religions like “wokism” and climate change activism, and the idea of a moral panic void that must always be filled. They discuss the biggest issue of political polarization: that it shuts down the conversation, how if they were both actually grifters they’d be killin’ it right now, and the importance of having perspective and gratitude. Check out Zuby’s website here.

Latest Dispatch from the Cesspool that Is Seattle
RushBabe49 · 21 Likes

Quote of the Day: On Not Being Offended
Seawriter · 19 Likes

The FBI Is Garbage – Yet Again
GlennAmurgis · 13 Likes