It appears that President Obama has decided to normalize diplomatic and trade ties with Cuba. Cuba stands to benefit greatly in terms of investment in tourism, tourism revenue, and sales of cigars and sugar. This boost to the Cuban economy make up for the lost subsidies from its patron, cash-starved Venezuela. This action will serve to stabilize the wobbly rule of the Castro brothers and their inner circle.

It appears that the United States is imposing no conditions on this boon for the Cuban economy and for Cuba’s communist leadership. There has been no hint of a quid pro quo from Cuba in terms of releases of political prisoners, conversion to a market economy, democratization, or Cuba’s political support for America’s many enemies in Latin America.

While I have not thought hard about U.S. policy toward Cuba, I have friends who do. The below comes from a former government official with long experience in the region. What he says does not give much reason to welcome the normalization of relations with Havana:

The Cuban government runs one of the most efficient and important intelligence organizations in the Western Hemisphere. For decades the Cuban government has run intelligence agents in the U.S. Department of State and Department of Defense, Defense Intelligence Agency and other U.S. government agencies. They maintain an extensive organization of academic, political operatives and agents of influence throughout the United States. Today they succeeded in their long term goal of freeing the Cuban Five (now three) and upgrading U.S. diplomatic relations and access. 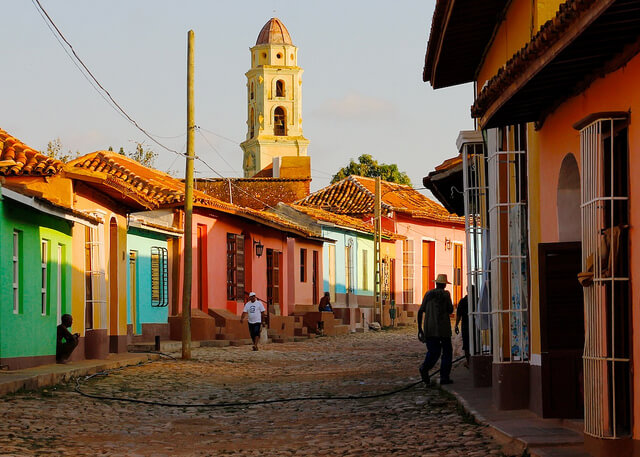