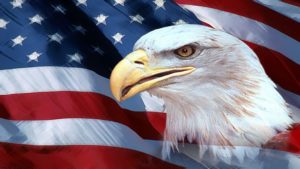 Millions of words have been written about the current state of the country. Those of us who write (and those who follow our work) have been analyzing how we got to this vicious and primitive time. One key point that has been overlooked is that we have given up our commitment to the individual and free speech, and are now pandering to a New Tribe. I’d like to suggest one idea that came out of my own pondering of our circumstances and see what you think. By the way, this applies to the greater society as well as specifically Congress.

Human beings formed into tribes as far back as we can go into human history. The nature of the tribes may have varied, but the one thing they probably had in common were rules for acceptable behavior and actions. The importance of those rules in each tribe might have varied, but most tribes probably rated certain rules as extremely important to the survival and protection of the tribe. Children were taught them at the time of their birth. And everyone knew that if specific critical rules were broken, the punishment was to be expelled from the tribe. Due to the seriousness of the punishment, people understood the importance of complying. Otherwise, ejection meant not only isolation, but more than likely certain death due to other enemy tribes or to wild animals. As a result, conforming to tribal law was not only a high priority, but was a matter of survival.

Potential carbon tariffs have been an active topic at the United Nations climate conference that wraps up this weekend in Madrid, where nearly 200 nations have been at odds over how to counter the continued global rise of greenhouse gas emissions. And some diplomats say it’s inevitable that governments will turn to trade barriers in […]

The title of this post is taken from a recent podcast by Bridget Phetacy, hosted here on ricochet. You can listen to it here. Or you can skip it, and take my word for it that her guest sounds like pretty much every other stand-up comedian, parroting the usual tropes of patriarchy and oppression. Preview […]

I’m using the tweet below to illustrate a point on why the pervasive use of propaganda is effective. Preview Open

@katebraestrup got a lot of love a while back on her post, “Thoughts From a Former Dysphoric”. My impression upon reading it was she was describing gender nonconformity, not dysphoria. Our dear Kate was a tomboy, and there ain’t nothing wrong with that. Dysphoria ought to mean deep discomfort, though, not just being a little different. The red tribe has an interest in both downplaying and, well, up playing “gender dysphoria”. Describing tomboyishness as “dysphoria” both downplays and up plays the condition: First, tomboyishness is not so bad, not really all that dysphoric, so what are people complaining about? Second, if every tomboy becomes convinced she’s “gender dysphoric” then oh my sweet Jesus on rollerskates, what is this world coming to?!! Before you know it, there’ll be fire and brimstone coming down from the skies; rivers and seas boiling; forty years of darkness; earthquakes, volcanoes; the dead rising from the grave; human sacrifice; dogs and cats living together – mass hysteria!

What about those who aren’t just tomboys, or their male equivalent, but truly unhappy in their birth sex, perhaps with good reason? Even then, even though their discomfort is real, they may find copping into gender conformity a more sensible solution than, as @henryracette put it, copping out of it.